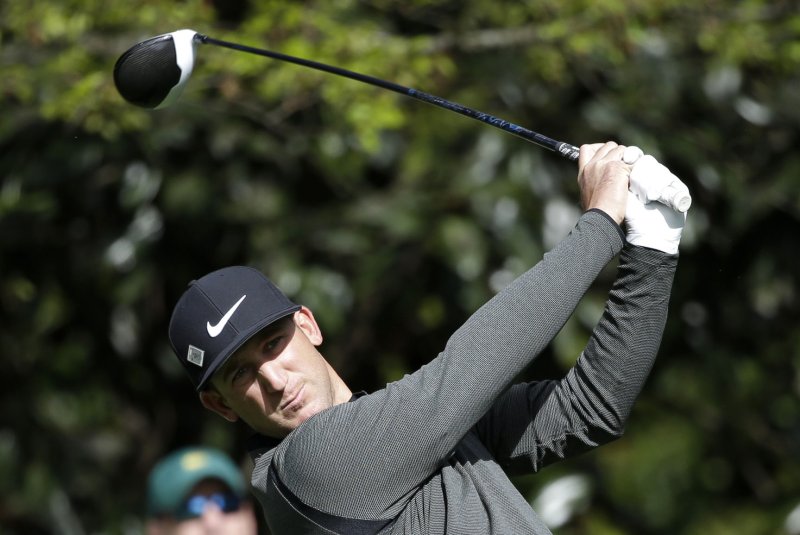 Kevin Chappell, shown here at the Masters a few weeks ago, birdied the final hole to win the Valero Texas Open on Sunday. File photo by John Angelillo/UPI | License Photo

SAN ANTONIO -- Kevin Chappell has been knocking on the door to the winner's club on the PGA Tour for years, but he finally found the correct password this week when he outlasted one of the toughest courses on tour, the fickle-but-always-stout south Texas winds and his own emotions to finally gain his access.

Chappell rolled in an 8-foot birdie putt on the final hole to finish at 12-under-par 276 and post a one-shot victory over Brooks Koepka at the Texas Open, completed under cloudless and breezy conditions Sunday at the difficult TPC San Antonio Oaks Course.

The victory was the first on the PGA Tour for Chappell in 180 starts. He has finished second six times -- including this event in 2011 -- and has advanced to the FedExCup Playoffs six consecutive years. Chappell finished eighth in the FedExCup last season and tied for second in the Tour Championship.

Chappell, who shot a 4-under 68 in the final round, led by two strokes after a birdie on the par-5 14th but gave back a shot when he bogeyed the par-4 15th after finding the bunker to the left of the putting surface on his approach.

After parring Nos. 16 and 17, Chappell played it conservatively on the par-5 18th, opting to hit a wedge from 88 yards to easy birdie range to set up his winning putt.

"Ironically the last shot I hit on the range today was from 88 yards, so I was comfortable with the number," Chappell said.

Chappell obviously slept well with his name alone atop the leaderboard after 54 holes even though it was the first time he held an outright lead through three rounds on the PGA Tour. He said afterward that the win was a monstrous monkey off of his back.

"It's just a big relief for me -- I don't have to answer that question anymore," Chappell said. "I feel like I have a base to kind of jump off from with my career moving forward. It couldn't happen at a better place for me. Just hit me that my first ever PGA Tour start was at the Valero Texas Open back in 2008, so this event is very special and definitely had me motivated to get a win here."

Koepka had a four-foot putt to tie Chappell for the lead on the par-5 14th but missed and had another on the par-3 16th that hung on the lip of the hole and would not fall. He also missed an 8-foot birdie putt on the drivable par-4 17th but finally grabbed a share of the lead on the 18th after nailing his third shot to within 5 feet and sinking a birdie putt to finish off his round of 65.

Brendan Grace (73), the first-round leader, finished at 282 along with Camilo Villegas of Colombia (70) and second-round co-leader Bud Cauley (72).

Finau made a late charge with four birdies over a five-hole stretch beginning on the par-4 12th. He was at 10-under, just one off the lead, heading to the 17th. But on the 18th, he hit his drive right of the fairway into a cactus, blasted his second shot to within 190 yards of the hole and ended up short and in the stream that fronts the green on his approach, ending his chance to chase down Chappell and Koepka.

Koepka added this event to his schedule at the last minute because he had been playing well of late. His chances to win were almost dashed by a 74 in the second round but he got back into the tournament with a 70 on Saturday in a round where only 14 of the 76 players broke par.

"Playing like I did the last two days gives me a lot of confidence," Koepka said. "I'm playing really well. It's hard to win out here -- everybody knows that. I feel like I'm really knocking on the door of getting my second win and hopefully it comes soon.

"The second round kind of killed us. You put yourself in a good spot the first day and play like crap -- you got to have four good rounds out here. You can't get by playing a couple."

NOTES: There have not been multiple leaders at the Valero Texas Open after 54 holes since 1993 when Jay Haas, Bob Lohr, Tom Lehman and Dan Forsman shared the lead at Oak Hills. Haas would go on to win on the second playoff hole against Lohr. ... Of the 76 players who made the cut, no one managed to post a bogey-free score in round three, which was played in cool and blustery conditions. It was just the fifth round of the 2016-17 PGA Tour season in which every player had at least one bogey. ... The last seven Valero Texas Open champions have gained nearly a shot per round in strokes gained off the tee (plus-0.864). In addition, five of the last seven champions have ranked inside of the top 10 for SG: Off-the-Tee, and six of the last seven have averaged over 295 yards in driving distance. ... Since the tournament moved to TPC San Antonio's Oaks Course in 2010, five of the last eight third-round leaders/co-leaders of the Valero Texas Open (including Chappell) have held on for the win. 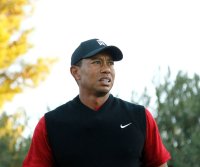 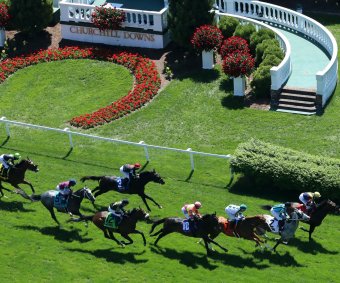