Where to watch: This week in golf 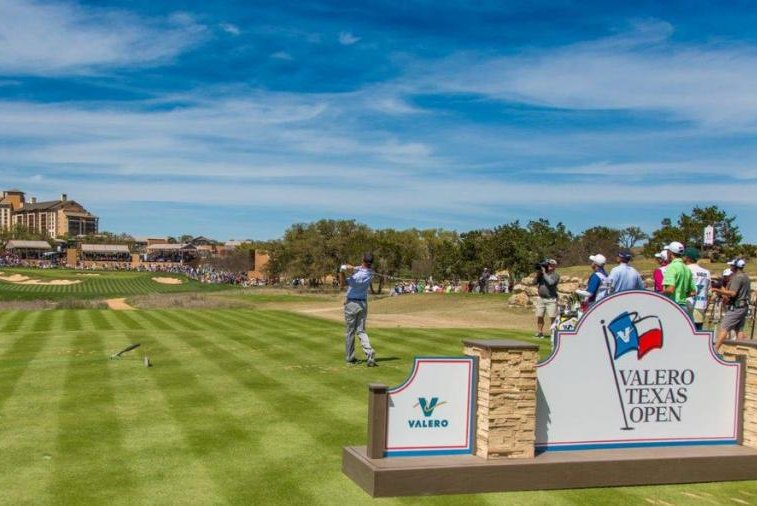 The Valero Open is this week's stop on the PGA Tour. Photo courtesy Visit San Antonio via Twitter

LAST YEAR: Charley Hoffman sank an 9-foot birdie putt on the final hole to beat Patrick Reed and claim his fourth PGA Tour victory. Hoffman started the final round two strokes behind 54-hole leader Ricky Barnes and closed with 3-under-par 69s. Hoffman charged down the stretch with three birdies on the last eight holes to win for the first time since the 2014 OHL Classic at Mayakoba. Reed, who also shot 69, made his lone bogey at No. 7 and had birdies on two of the last four holes only to finish one short. Barnes, the 2002 U.S. Amateur champion who has never won on the PGA Tour, struggled home with a 74 to tie for fourth.

PGA TOUR CHAMPIONS: Bass Pro Shops Legends of Golf on the Top of the Rock Course at Big Cedar Lodge in Ridgedale, Mo., Friday through Sunday.

LAST YEAR: Michael Allen made an 18-foot birdie putt on the last hole to claim the title along with teammate Woody Austin by one stroke over David Frost of South Africa and Roger Chapman of England. Austin and Allen closed with a 6-under-par 48 in breezy conditions on the par-3 course, with nine holes played in a modified alternate-shot format and nine more of better ball. Frost and Chapman also totaled 48. Austin won for the third time in his last four starts on the PGA Tour Champions, having recently captured the Tucson Conquistadores Classic and the Mitsubishi Electric Classic. Allen claimed his eighth title on the senior circuit.

LAST YEAR: Jenny Shin of South Korea earned her first victory in her 133rd start on the LPGA Tour, shooting 65-67 on the weekend to win by two strokes over American Gerina Piller and two South Koreans, Amy Yang and M.J. Hur. Shin, who attended high school in Torrance, Calif., and captured the 2006 U.S. Girls' Junior Championship, took the lead with birdies on the first three holes, added another at No. 10 and closed with eight straight pars. Piller, the gallery favorite who lives about 20 miles from Las Colinas in Plano, Texas, and was seeking her first LPGA Tour victory, struggled to a final-round 73, while Hur and Yang each posted 71s.