Justin Rose greets patrons as he walks to the 8th tee box during the third round of the 2017 Masters Tournament at Augusta National Golf Club in Augusta, Georgia on April 8, 2017. Photo by Kevin Dietsch/UPI | License Photo

Sergio Garcia walks on the 18th fairway during the third round of the 2017 Masters Tournament at Augusta National Golf Club in Augusta, Georgia on April 8, 2017. Photo by Kevin Dietsch/UPI | License Photo

Jordan Spieth reacts after making a putt for birdie on the 15th hole in the third round at the 2017 Masters Tournament at Augusta National Golf Club in Augusta, Georgia on April 8, 2017. Photo by John Angelillo/UPI | License Photo

Charley Hoffman walks on the 18th fairway during the third round of the 2017 Masters Tournament at Augusta National Golf Club in Augusta, Georgia on April 8, 2017. Photo by Kevin Dietsch/UPI | License Photo

Patrons leave the grounds after the third round of the 2017 Masters Tournament at Augusta National Golf Club in Augusta, Georgia on April 8, 2017. Photo by Kevin Dietsch/UPI | License Photo

Rickie Fowler hits off of the 18th tee during the third round of the 2017 Masters Tournament at Augusta National Golf Club in Augusta, Georgia on April 8, 2017. Photo by Kevin Dietsch/UPI | License Photo

Rory McIlroy of Norther England walks to the 16th green in the third round at the 2017 Masters Tournament at Augusta National Golf Club in Augusta, Georgia on April 8, 2017. Photo by John Angelillo/UPI | License Photo

Sergio Garcia of Spain lines up a putt on the 16th hole in the third round at the 2017 Masters Tournament at Augusta National Golf Club in Augusta, Georgia on April 8, 2017. Photo by John Angelillo/UPI | License Photo

Phil Mickelson smiles after putting on the 15th green in the third round at the 2017 Masters Tournament at Augusta National Golf Club in Augusta, Georgia on April 8, 2017. Photo by John Angelillo/UPI | License Photo

Justin Rose of England, who has captured one major title and another that felt like it, put himself in position for his first Green Jacket on Saturday.

Rose birdied five of the last seven holes to shoot a 5-under-par 67 that was the low score of the day and is tied for the lead with Sergio Garcia of Spain heading to the final round of the 81st Masters at Augusta National Golf Club in Augusta, Ga.

The cold wind disappeared and the roars were back in the first major of the season.

"It was a joy to play today," said Rose, who captured the 2013 U.S. Open at Merion and the gold medal at the Olympic Games in Rio de Janeiro last summer. "It was exactly how you hope Augusta would play -- blue skies, firm fairways and great greens. Good shots were rewarded, but if you got sloppy you could get on the wrong side.

"I don't want to think past the first tee tomorrow, although it's nice to imagine what might happen right now. But mostly, especially as it gets closer, all I'm going to think about is the first tee."

Garcia, playing once again like the best player without a major title, carded a 70 to equal Rose's 54-hole total of 6-under 210.

The Spaniard will be trying to win on the 60th birthday of his idol, the late Seve Ballesteros, who won the Masters in 1980 and 1983.

"It was the same thing I've been doing all week, fighting hard," said Garcia, who has 22 top-10 finishes in his 73 major appearances without winning. "My swing didn't feel as good, but I made some good putts for par.

"It would be nice (if he could talk to Seve). I'm sure he would tell me to believe in myself, enjoy it as much as possible and just do my best."

RELATED 2017 Masters Guide: Where and who to watch, video highlights

Rickie Fowler, also seeking his first major title, had two late birdies in a 71 and is one stroke back in solo third.

"The first two days you had to be patient to stay in it, and today I made some good par saves to keep the round going," said Fowler, who finished fifth or better in all four majors in 2014, but does not have a top-10 result since.

Jordan Spieth, trying to bounce back from his back nine meltdown in the Masters last year when he had a five-shot lead in his title defense, carded a 68. He is two back in a tie for fourth with Ryan Moore, who came in at 69, and Charley Hoffman, who finished at 72.

Jordan Spieth hits his tee shot on the 2nd hole in the third round at the 2017 Masters. Photo by Kevin Dietsch/UPI
Advertisement

Hoffman, who had a two-stroke lead at one time on Saturday, hit into the water on the 16th hole and fell back with a double-bogey 5.

"Yesterday (a 69 after an opening 75) was key, I had to have it, and I felt great after the round," said Spieth, who has a victory and two ties for second in his three Masters. "I felt I could continue it today. I was looking for 2 under a side and that's what I got.

"Having contended on this golf course the last few years, usually you don't need to go as low as you think, but you never know. If I can play something like today and maybe finish it off a little better that might be enough."

Adam Scott of Australia, the 2013 champion, posted a second straight 69 and is three back in solo seventh, one shot ahead of 2011 Masters champ Charl Schwartzel of South Africa, who had a 68.

Lee Westwood of England also shot 68 and is one more down in a tie for ninth with Masters rookie Thomas Pieters of Belgium, who struggled to a 75.

Rory McIlroy of Northern Ireland, who can complete the Career Grand Slam with a victory Sunday, needs a big rally after shooting 71 and is six back in a tie for 11th that includes rookie Jon Rahm of Spain, who came in at 73.

Three-time Masters champion Phil Mickelson, trying to match Jack Nicklaus by winning at Augusta at age 46, birdied the first two holes but had only one more in him and struggled to a 74. He was vitrually out of contention, eight strokes behind in a tie for 21st.

NOTES: Bubba Watson, the 2012 and 2014 Masters champion who missed the cut on Friday for the first time in nine appearances at Augusta National, apologized Saturday for comments he made after the second round. Gene Sapakoff of the Charleston Port and Courier asked Watson why he played poorly this week and Watson replied: "Golf is tough; I don't know if you've ever played it. But writing articles is easy." After being criticized in print and on social media, Watson posted an apology on Twitter. "What I was saying to the reporter is, 'Golf is hard.' So if he tried to play golf, it would be very tough. Writing an article is a little easier for him than it is for me. It was a joke. Obviously, I made a bad joke, just like I played bad golf this week." ... Four-time Masters champion Tiger Woods, trying to return from his latest back issue, hoped to return this week at Augusta National and he did, but only for the Champions Dinner on Tuesday night. Golf Channel commentator Notah Begay, a friend of Woods and his former teammate at Stanford, had some idea on Friday as to when Woods might return. "(The Masters) probably wouldn't have been the best place for Tiger to start the year out after this most recent setback, and I think we should probably look, maybe something just after the Players Championship (next month)." Asked about Tiger's prospects for playing the U.S. Open in June, Begay added, "Oh, it's a definite possibility. That's probably the event that's circled on his calendar." ... Ernie Els of South Africa, a four-time major champion who has never won the Masters, was tied for 19th after the second round but went sideways in the third round. Els made five bogeys and a double bogey on the front nine, added double bogeys on the 16th and 17th holes, and wound up with an 11-over-par 83 that left him 53rd and last among players who made the cut. He made his only birdie on the 18th hole. Els is playing in his 23rd and perhaps last Masters, as his exemption for winning the 2012 Open Championship at Royal Lytham & St. Annes has run out. 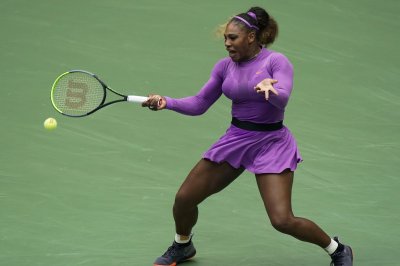 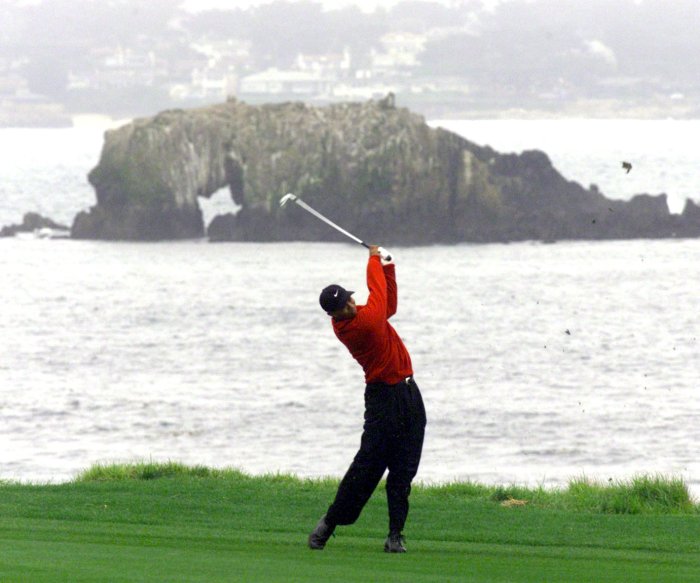