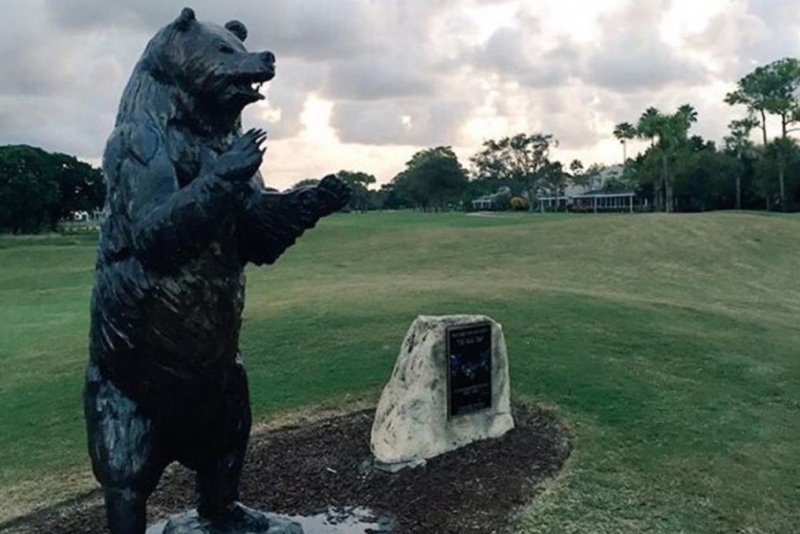 The PGA Tour moves across the country this week from Southern California to southeast Florida and The Honda Classic, which begins play Thursday in Palm Beach Gardens, Fla.

The 144 golfers who tee it up will play for a combined purse of $6.4 million, with $1.152 million going to the player who best survives the daunting par-70, 7,140-yard Champion course at the PGA National Resort & Spa.

The track is famous for the Bear Trap, holes 15-17 of the Jack Nicklaus-designed course that gives even the world's best players fits and keeps them up at night.

The tournament field will consist of 23 of the top 50 players in the Official World Golf Rankings, led by defending Honda Classic champion Adam Scott of Australia, ranked No. 7. Sixteen of the top 30 in the current FedExCup standings will compete, with that list headed by Justin Thomas at No. 2.

Scott won last season despite a quadruple bogey on the par-3 15th hole in round three. He still began the final round tied for the lead with Sergio Garcia of Spain at 9-under 201 and shot an even-par 70 to secure a one-stroke win over Garcia, his 12th on the PGA Tour.

Scott followed his victory at last year's Honda Classic with another triumph a week later at the World Golf Championships event at Trump Doral. In the process, he became the first player to win in back-to-back weeks on the PGA Tour since Billy Horschel won the BMW Championship and Tour Championship in 2014.

RELATED Jimmie Johnson unfazed being behind the 8-ball

"It was good to be back into it last week -- Riviera is one of my favorite venues and comfortable place for me to start," Scott said. "There was some good and some bad, which was to be expected after a bit of a break, and hopefully I've ironed out some of the bad the past few days here.

"There are lots of good memories made here last year, when I played some of the best golf I've played here. I'm quite happy with the way things sit going into this week."

So much attention is placed on the Bear Trap, and rightfully so. From 2007-2016, Nos. 15-17 ranked as the third-toughest, three-hole stretch on the tour. The field has played that stretch of holes in a combined 2.781 strokes over par since 2007.

"I start thinking about playing the Bear Trap the night before, for sure," Harrington said. "You're never quite comfortable on this golf course until you're through that stretch. You hope to miss the short putt on the 14th green so you're not up first on No. 15.

"You love to see your playing partners birdie the 14th. I really mean that; so you get another feel for the hole. Then you've just got to man up and hit the shot."

But the challenge posed by the Champion course at PGA National is much more than just those three holes. Overall, the track ranked as the second-toughest course on tour outside of the majors, with a scoring average of 71.768.

"This is not a golf course that it's easy to defend the lead on," Harrington said. "I know the Bear Trap takes all the glory, but there are a lot of holes that if you get cautious on or you get defensive, you're racking up a double bogey. If you gain some momentum and you've made a few birdies, it's a lot easier to play the Bear Trap if you're feeling good about your game."

The Honda Classic is the 15th event in the PGA Tour's wraparound schedule that bridges two years with 47 official events played over 43 weeks and culminating in the 2017 Tour Championship.