PGA Tour: 10 golfers that can win The Memorial Tournament 2016 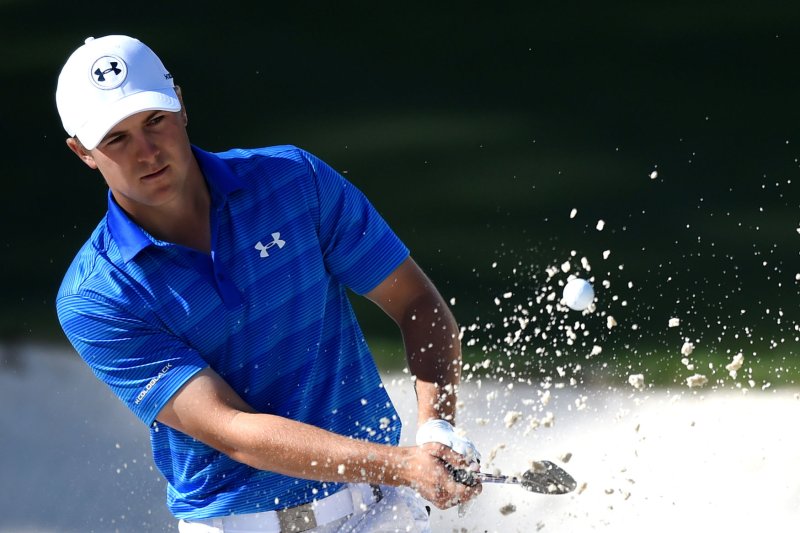 The Memorial starts this Thursday and Jordan Spieth is one of the favorites to win the tournament after winning the Colonial this past week. Photo by Kevin Dietsch/UPI | License Photo

The Memorial Tournament 2016: 10 picks for golfers who can win

1. Jason Day, Australia -- It's hard to pick against a guy who has won seven of his last 17 tournaments, including the 2015 PGA Championship at Whistling Straits and the Players Championship in his last start at TPC Sawgrass. He has three victories in his last six events this year and eight of his 10 PGA Tour titles have come in the two last seasons, as he has taken a firm grip on the No. 1 spot in the World Golf Rankings. However, Day has yet to play well on his adopted home course at Muirfield Village, not far from his home in Westerville, Ohio. This is his eighth start in the Memorial and he has missed the cut three times, including last year, and his best result was a tie for 27th in 2009.

2. Rory McIlroy, Northern Ireland -- After some inconsistent performances earlier this year, McIlroy won the Dubai Duty Free Irish Open that he hosted at the K Club by three strokes two weeks ago. It's not that he was playing badly, with six finishes in the top 10 on both major tours, he simply was unable to close the deal when he was in contention to win. Rory will be making his sixth start in the Memorial Tournament and his best result was solo fifth in 2011 after he shared the lead with an opening 66. The third-ranked player in the world also tied for 10th in 2010, and in 2014 again led after the first round with a 63, but followed with a 78 and eventually tied for 15th.

3. Jordan Spieth, United States -- Another player who won in his last start, Spieth seems to have put his final-round collapse at the Masters in the rear-view mirror after he birdied the last three holes to capture the Dean & DeLuca Invitational by three strokes, winning for the first time in his native Texas. It was the 22-year-old's second victory this season and eighth of his PGA Tour, giving him one more than Tiger Woods had at the same age, for whatever that's worth. Spieth will tee it up this week in the Memorial for the fourth time and last year he posted his best finish, a tie for third, closing with a 65 that left him two strokes out of the playoff in which David Lingmerth of Sweden defeated Justin Rose of England.

4. Hideki Matsuyama, Japan -- With all eyes on the top three players in the World Golf Rankings, Matsuyama can come into the Memorial a little under the radar even though he is enjoying a fine season and has had success in his first two starts at Muirfield Village. He claimed his second PGA Tour victory earlier this year in the Waste Management Phoenix Open, beating Rickie Fowler in a playoff, and has three top-10 finishes in his last five starts -- with his worst result in that span a tie for 18th. Matsuyama earned his first victory in the United States two years ago in the Memorial, beating Kevin Na with a par on the first playoff hole, and he tied for fifth last year in his title defense.

5. Matt Kuchar, United States -- Kooch has regained his knack for top-10 finishes, with three in a row and five in his last seven tournaments, including a tie for third in the Players Championship, and he has placed in the top 25 on 10 occasions this season. He loves Muirfield Village, with seven finishes in the top 15 in 10 starts, including one of his seven PGA Tour victories in 2012. Kuchar posted bookend 68s that year to finish two strokes ahead of Kevin Chappell, one year after he tied for second, closing with a 65 to wind up one stroke behind champion Steve Stricker. That came during a string of five top-10 finishes in the Memorial, as he tied for 10th in 2008, tied for fifth the next year and tied for eighth in 2010.

6. Rickie Fowler, United States -- There was talk at the start of the season that Fowler might join Jason Day, Jordan Spieth and Rory McIlroy in a Big 4 this season, but Rickie has lagged behind, although by only a little. He won the Abu Dhabi HSBC Championship on the European Tour and lost in a playoff to Hideki Matsuyama in a playoff at the Waste Management Phoenix Open. Fowler, No. 5 in the world, took the lead into the final round of the Memorial in 2010 but closed with a 73 to finish second, three shots behind Justin Rose of England. His best result in five appearances since was a tie for 22nd the following year, and he has missed the cut each of the last two seasons at Muirfield Village.

7. Dustin Johnson, United States -- DJ comes into the Memorial Tournament still looking for the victory that would give him at least one in nine consecutive seasons on the PGA Tour, or every one he has played. It has been a solid year for him thus far, with six top-10 finishes, including a tie for fourth in the Masters, but he needs to pick it up a notch or two with the big summer events approaching. His best result at Muirfield Village was solo fourth in 2011, when he closed with a 65, four strokes behind winner Steve Stricker. However, he does not have another top-10 finish in the tournament, posting his second-best result in seven other appearances last year, when he tied for 13th thanks to a 65 in the third round.

8. Bubba Watson, United States -- Trying to regain his form of a few months ago, Bubba tees it up at Muirfield Village, where he finally got a feeling for the course in 2014. He won the Northern Trust Open in February and tied for second in the WGC-Cadillac Championship a few weeks later, but has not finished in the top 25 in his last three events on the PGA Tour. Watson, No. 4 in the world, recorded a tie for eighth when he flew off to China for the Shenzhen International in April. After failing to finish in the top 10 in his first eight appearances in the Memorial, he took the lead to the final round two years ago, but a 72 left him third, one shot out of the playoff in which Hideki Matsuyama beat Kevin Na.

9. Jason Dufner, United States -- Finally playing like the guy who won the 2013 PGA Championship by two strokes over Jim Furyk at Oak Hill, Duf in February captured the CareerBuilder Challenge for his first victory since his only major title, and last week was in the hunt most of the way before tying for sixth in the Dean & DeLuca Invitational. He has four finishes in the top 10 and seven in the top 25 in his bounce-back season. Dufner will be making his fifth appearance in the Memorial Tournament, and after missing the cut in 2009 and 2010, he tied for 19th two years ago and was second after opening with 66-67 a year ago, but played the weekend in 74-75 and slipped to a tie for 24th.

10. Patrick Reed, United States -- Although he still is looking for his first victory of the season after claiming his first four PGA Tour titles in a span of 17 months from 2013 to 2015, Reed leads the PGA Tour with eight finishes in the top 10 for the 2015-16 season. He has been close, finishing second in the Hyundai Tournament of Champions and the Valero Texas Open, powering him to eighth in the FedEx Cup standings, so he could be on the verge of breaking through. Reed played in the Memorial Tournament for the first time last year and was on the verge of a top-10 finish after playing the middle rounds in 68-68, but he shot 75 in the final round at Muirfield Village and slid to a tie for 26th.