Tiger Woods towels off on the first tee box in the first round the 2015 Masters Tournament at Augusta National Golf Club in Augusta, Georgia on April 9, 2015. Photo by Kevin Dietsch/UPI | License Photo

Tiger Woods' agent, Mark Steinberg, forcefully denied social media posts that the golfer has suffered a setback in his recovery from his third back surgery in a 19-month span.

Twitter posts from two different handles -- one being longtime golf writer Robert Lusetich -- suggest that Woods' back rehabilitation is not going well and his condition has worsened.

Steinberg, refuted that information in a statement Monday.

"The tweets that appeared this weekend about Tiger's health are ridiculous and absolutely false," Steinberg said in the statement. "It's reprehensible that every few months someone makes something up and it's treated like a real story. Tiger continues to work on his rehabilitation and we will have an accurate update at the appropriate time."

According to the Twitter handle Secret Tour Pro, Woods was eyeing a return to golf in May at the Players Championship in Florida but that plan has been scrapped due to the lack of progress with his health.

Lusetich had this to say in a tweet: "I'm told #TigerWoods condition worsened. He can't move well; painful to sit. Sits in car with seat fully reclined. No forseeable return. Sad."

Woods originally underwent microdiscectomy surgery on March 31, 2014 -- the procedure is done on the lower back to remove a herniated disk that is pressing into the spinal cord or a nerve root.

Woods underwent a second microdiscectomy on Sept. 16, 2015 to correct a disk fragment that was pinching a nerve. Six weeks later, he underwent another back procedure and Woods said on his website that it was designed to minimize discomfort he was feeling.

The 40-year-old Woods has won 14 major titles in his career but the last major victory was in 2008 when he won the memorable U.S. Open at Torrey Pines by outdueling Rocco Mediate in a 91-hole battle. 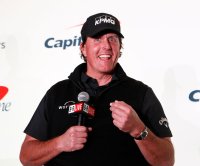