Michigan Wolverines head coach Jim Harbaugh reacts during the first half of the Chick-fil-A Peach Bowl on December 29 at Mercedes-Benz Stadium in Atlanta. Photo by David Tulis/UPI | License Photo

The coach traveled to Southfield A&T on Tuesday, where he watched film of quarterback Isaiah Marshall, according to ESPN and the Detroit Free Press. After leaving the school, Harbaugh called to inform his father that the 13-year-old was getting a scholarship offer to play for the Wolverines.

Marshall is the son of former Northwestern running back Brian Marshall, who coaches running backs at Southfield. His son attends MacArthur Academy.

"Blessed to receive my first offer from University of Michigan and being the youngest athlete to receive an offer from UM," Marshall tweeted Tuesday afternoon.

"He came to look at a couple of our kids, he sat down to watch some tape of Isaiah and liked what he saw," Brian Marshall told the Free Press. "He broke it down and then extended an offer. He called me, I wasn't up there yet, to extend an offer."

"He said he was the youngest [to ever receive and offer]. He liked what he saw with the film. He liked his anticipation, as far as him throwing kids open and reading coverages. Ball placement. Touch. Things you're looking for in a quarterback. Can they read progressions, can they throw guys open, can they be poised. All those different things."

This isn't the first time Harbaugh has scoured the country for younger-than-usual prospects. The Michigan coach offered a scholarship to Massachusetts eighth-grader Tyler Martin. 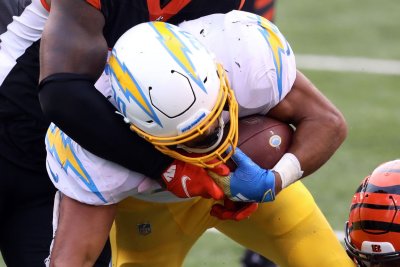