In a rivalry that has come to represent the gold standard in the Mountain West, No. 22 Boise State and No. 25 Fresno State will meet for the fourth time in the last two seasons when they play in the league championship game Saturday in Boise, Idaho.

Fresno State had made four appearances in the league title game in the six seasons since the league adopted a two-division format in 2013 and the Broncos have made three.

Led by the record-setting tandem of quarterback Brett Rypien and halfback Alexander Mattison, Boise State has won the last two contests between the two, including a 17-14 victory in the championship game a year ago. As in that game, the Broncos will have the blue-field advantage.

"We know who we are playing against and what a challenge it brings. It's just about preparation," said Fresno State head coach Jeff Tedford, who has returned the program to prominence in his two seasons.

"You have to peak at the right time, and that's at kickoff. It's a great opportunity for us to go and compete against -- what has been for a long time -- one of the elite teams in this conference."

The winner could be in line for the guaranteed Group of Five berth in one of the top six bowl games if No. 8 Central Florida falters in the American Athletic title game against Memphis earlier Saturday, but neither coach would take that bait.

"There's nothing we can do other than get ourselves ready for this one," Boise State head coach Bryan Harsin said.

Boise State (10-2, 7-1 MWC) has won seven straight games after losing at Oklahoma State and at home to San Diego State, including three must-win games to get this far, starting with a 24-17 victory over the Bulldogs on Nov. 9.

A 33-24 victory over Utah State at home last week was the clincher, a victory that gave the Broncos their 16th 10-win season since they joined Division I in 1996.

Fresno State (10-2, 7-1) has won nine of 10 since losing at Minnesota, and it clinched the Pacific Division title with a victory over San Diego State on Nov. 17.

"We know them. Nothing but high praises for that team," Harsin said about the second straight meeting in the championship game.

Each team has benefitted from strong quarterback play this season.

Senior Rypien has completed 286-of-416 passes for 29 touchdowns and seven interceptions, and he is ranked No. 11 in the FBS in passing efficiency. He set Mountain West career records for passing yards and completions in the earlier victory over Fresno State, and he had his league-record 21st 300-yard passing game with 310 against Utah State.

Fresno State senior Marcus McMaryion has completed 258-of-366 passes for 24 touchdowns and three interceptions, and he is ranked No. 7 in passing efficiency.

The first meeting this season turned in the second half, after the Bulldogs took a 17-3 lead with a touchdown on the first drive of the third quarter.

Boise State put together consecutive touchdown drives of 70, 59 and 83 yards for a 24-17 lead, with Mattison rushing for 75 of his game-high 148 yards and two touchdowns on those possessions.

The Bulldogs' last two drives ended with a blocked field goal and a fourth-down incompletion after they reached the Boise State 23-yard line with 1:18 remaining.

"They have a very good offensive line, and [Mattison] is really physical and talented," Tedford said. "Saying you are going to stop it is easier said than done."

Junior Mattison had a season-high 200 yards against Utah State and has rushed for 714 yards and nine touchdowns in the last five games. He has 1,215 rushing yards and is tied for fifth in the FBS with 16 rushing touchdowns.

"He's definitely taken on a big load this last month and he's been very productive," Harsin said. "His preparation has been very impressive." 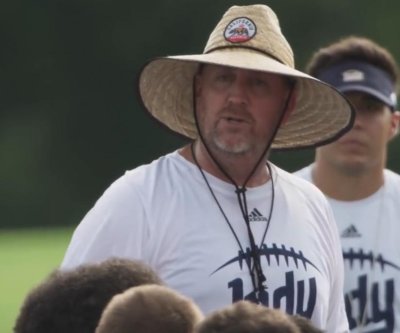