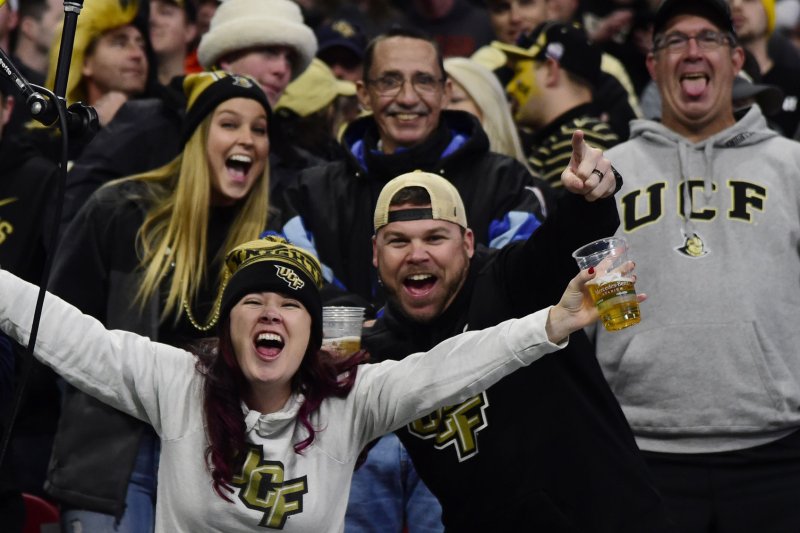 In what has become an annual occurrence in recent years, Central Florida will be coming off an unexpected weekend off when the No. 16 Knights host Florida Atlantic (2-1) Friday night.

Kickoff at Spectrum Stadium on UCF's Orlando campus is 7 p.m. ET. ESPN will be there for the telecast.

The Knights (2-0) have not played since a 38-0 shutout of South Carolina State at home the second weekend of the season.

It marks the third consecutive season that the Knights have had a game moved or canceled because of weather, but the last two years it was threats of hurricanes to their own campus, not their opponent's.

In 2017 the September outing with Georgia Tech was canceled because of Hurricane Irma. Two years ago, the Knights had to move the Tulane game a month when Hurricane Matthew threatened the East Coast in early October.

"It's tough because of when you find out the information," said first-year UCF coach Josh Heupel, who didn't learn of the North Carolina cancellation until after practice the Tuesday before the game. "You have to fast forward and move on to the next week's prep. It gave some of the guys that maybe have had a few nicks a few more days to get healthy.

"That's the biggest advantage is that guys get a couple more days to rebound and get ready for the following week."

But he regrets the missed practices.

"You make a lot of strides early in the season," he said. "So we missed an opportunity to kind of grow right there."

This will be the second time already this season the Knights will be playing on national television on a weeknight. They opened their 2018 campaign with a 56-17 trouncing of American Athletic Conference foe Connecticut on a Thursday night.

"Any time you get to play on national television it's big," quarterback McKenzie Milton said. "But I don't think we look at it as different from any other game. It's just the way we approach our work.

"This is obviously a tough guy to contain and a tough offense," Kiffin told the Palm Beach Post. "They obviously go extremely fast, and he's a really special player. They're really good all around."

Going into the season, this was looking like a possible match to see which of the Group of Five team would enhance its credentials as a potential contender for a New Year's Six Bowl spot. But FAU's big loss (63-17) in its opener at Oklahoma pretty much eliminated the Conference USA favorite from that speculation.

"Height, weight, speed, the players, the size of the guys, it's like playing an SEC opponent," said Kiffin, the former offensive coordinator at Alabama.

Kiffin's Owls have recovered from the debacle against the Sooners to post wins over Air Force (33-27) and FCS foe Bethune-Cookman 49-28 at home. Running back Devin Singletary -- a 1,000-yard rusher each of the last two seasons, including 1,918 yards in 2017 -- is off to a slow start with 210 yards in the three games, but quarterback Chris Robison, a transfer from Oklahoma, has passed for over 266 yards a game.

"They've got guys that can make plays," Heupel said. "They've got good skill guys that have great speed and a quarterback that's played extremely well. So it's a big test for us there."