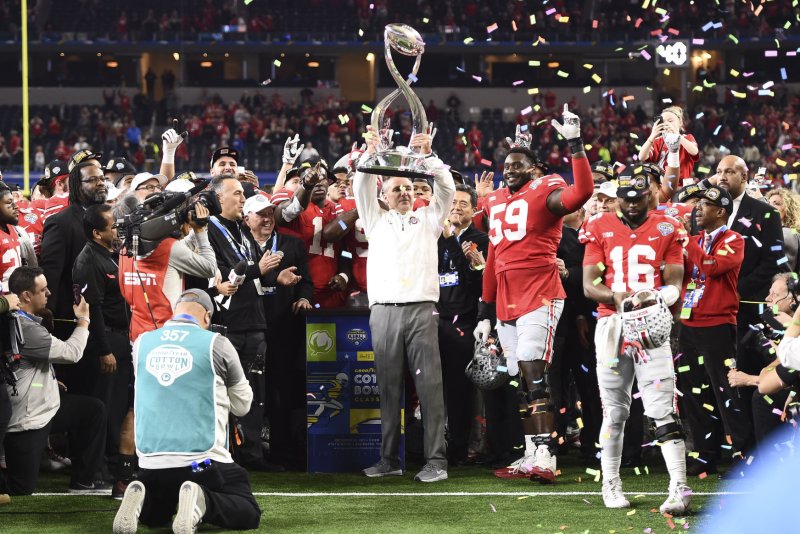 There is at least some preseason debate in the loaded Big Ten East, but not so in the West.

Wisconsin received all 28 votes in a poll of Big Ten media conducted by Cleveland.com in advance of the league's media days, which begin Monday in Chicago.

Ohio State was the clear pick in the East, picking up 23.5 first-place votes, while Michigan State had two, Michigan 1.5 and Penn State one in a crowded pack chasing the Buckeyes.

Voters were almost evenly split as to the overall league champ.

Wisconsin finished 13-1 last season, missing out on a College Football Playoff berth when it lost to the Buckeyes in the Big Ten title game.

The Badgers return 14 starters, including sophomore running back Jonathan Taylor (expected to be a Heisman candidate) and All-American senior linebacker T.J. Edwards.

The Buckeyes, 12-2 in 2017, are especially talented on the defensive line, led by junior end Nick Bosa, who is the national preseason Defensive Player of the Year in Lindy's College Football Annuals.

Ohio State is loaded on offense, too, with running backs J.K. Dobbins and Mike Weber, all-purpose receiver Parris Campbell and talented Dwayne Haskins expected to step in at quarterback for the departed J.T. Barrett.

Here is the voting in the Big Ten media poll: 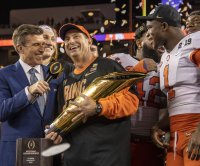