Ohio State LB Jerome Baker: 'Coach asked me what I'd do if he punched me' 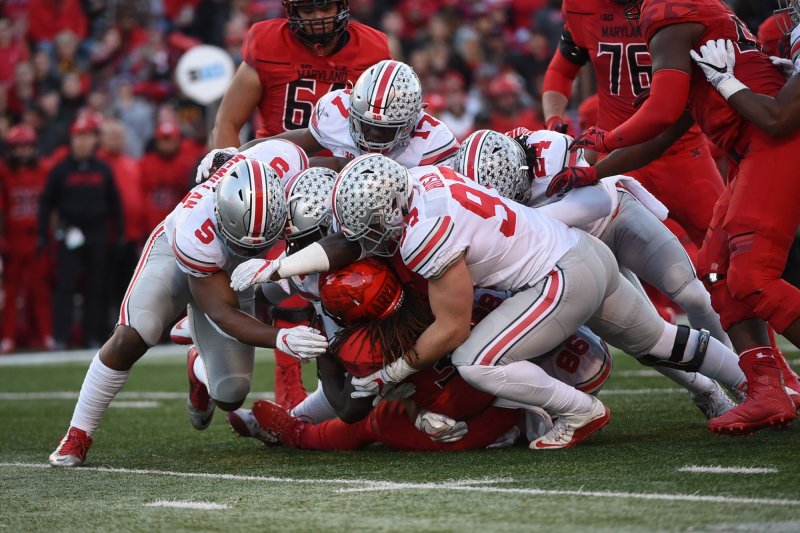 Draft prospects get asked some unusual questions when interviewed by NFL team personnel, and Ohio State linebacker Jerome Baker provided an example when he said one NFL coach asked him what he would do if he was punched in the face.

"The one question that sticks out is, I sat down, and the first thing the coach asked me is what I would do if he punched me in the face right now?" Baker said according to USA Today's Draft Wire. "To me, being from Cleveland, my natural reaction was, 'Coach, no disrespect but if you punch me in the face, we're gonna fight right here.'

"That was just my natural response. I guess that's what he wanted to hear, because he said, 'Good.' It was definitely a fun interview. I didn't get asked too many weird questions.

"I crossed paths with him a little later in the day and I asked him why he asked me that. He said most guys freeze up or say they wouldn't do anything when he asks them that. He said, 'I don't know about you, but if somebody were to randomly punch me in the face right now, I wouldn't just stand there. I'd fight back.' I guess he liked my response."

NFLDraftScout.com ranks Baker as the seventh-best outside linebacker prospect in the draft, and projects he will be selected in the second or third round.