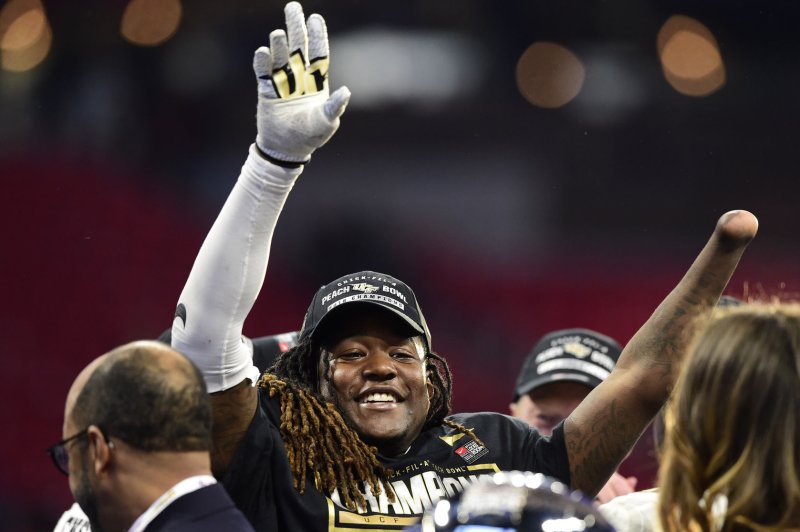 Jan. 3 (UPI) -- The University of Central Florida went 13-0 in football this season and claim to be the national champions.

The only problem? The Knights failed to make the College Football Playoff cut.

The UCF Knights Twitter account has "National Champions: The Only 2017 Undefeated Champion" boldly displayed as its banner photo.

A 34-27 win against Auburn Monday in the Peach Bowl cemented the Knights' perfect run.

Associate athletic director for communications Andy Seely told USA Today that the school is giving out $300,000 to nine on-field assistants and $25,000 to the support staff as national championship bonuses.

Coach Scott Frost, who left the team for the Nebraska job, will not receive a bonus because he already reached his bonus cap, according to the Athletic.

White also said the school will have a championship parade and hang a banner at Spectrum Stadium for the title.

Let’s make an epic thread to celebrate 😁 Reply with your favorite video from the #CFAPeachBowl win 👇 pic.twitter.com/tIsHiU5vp0

That parade is set for 4:30 p.m. Sunday at the Magic Kingdom at Walt Disney World Resort.

"The selection committee respected UCF," Hancock told ESPN. "After all, they're the group that put the Knights in the Peach Bowl. To qualify for the playoff, teams need to play tough schedules against good teams -- that is the way for all teams to stand out and be ranked high by the committee. UCF is an excellent team, but you still have to take into account who each team played and defeated during the regular season."

White told 96.9 that there is a bias when it comes to the College Football Playoff selection committee.

"I know Bill and I think Bill is a great guy and I think there is a lot of high integrity people on that committee and I think they are doing their best," White said. "But I think that there is an inherent bias that is going on that needs to be called out. 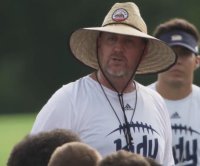