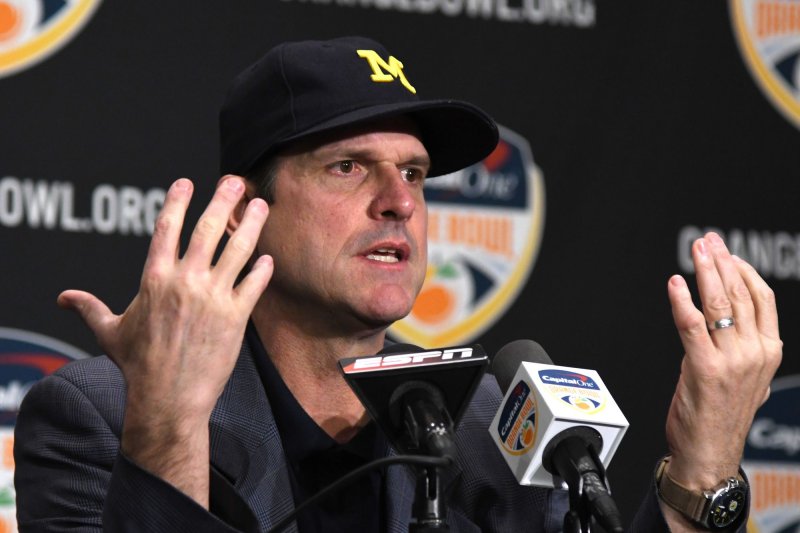 Michigan coach Jim Harbaugh said starting quarterback Wilton Speight would not be available this week if the Wolverines had a game, adding that the hit that knocked him out last week was "egregious."

"If I had a stronger word to use, I would use it," Harbaugh said at his Monday press conference.

Speight sustained a head injury in the first quarter of a 28-10 win at Purdue on Saturday. Senior John O'Korn came in and completed 18 of 26 passes for 270 yards and a touchdown.

Speight was taken to a local hospital for tests during the game but did return to Ross-Ade Stadium. Harbaugh didn't express strong feelings after the game about the hit that knocked out Speight, saying he didn't see it, but then he reviewed the game.

"After having seen it now, I thought it was egregious," he said.

"With all the emphasis on protecting defenseless players, it appeared that the player knew what he was doing, targeted the head and neck area when the player was on the ground and accelerated into it. Surprised they had two officials standing back there that were both looking at it, plus a review in the press box, that that wasn't targeting, that that wasn't a personal foul."

No. 8 Michigan (4-0) is off this week before hosting Michigan State on Oct. 7. As for Speight's status for the rivalry game, Harbaugh said, "We'll assess it as we go."