Washington Huskies head coach Chris Petersen surveys the field as his defensive unit heads to the sidelines against the Oregon State Beavers in the second quarter at Husky Stadium on October 22, 2016 in Seattle. File photo by Jim Bryant/UPI | License Photo

The last image of the University of Washington football team was a 24-7 loss to Alabama in a national semifinal game.

That was no serious crime against a defense as good as that of the Crimson Tide, but that result -- paired with a 26-13 home loss to USC in mid-November -- painted Washington's breakthrough season as perhaps a bit of a mirage.

In any case, don't expect the Huskies to fade much.

Washington was picked to repeat as Pac-12 North champion in a media poll as the league's Media Days opened Wednesday in Hollywood, Calif. The media tabbed USC to win the South division and be the overall conference champion.

"I think we work so hard on just paying attention to ourselves," Huskies coach Chris Petersen said.

"I think if you just pay attention to the outside expectations -- whether they are good or bad -- it takes so much of the fun and joy out of the process. ... Let's just focus on ourselves. We can't worry about the outside. It takes away the beauty of the process."

Washington, coming off a 12-2 season, lost speedy receiver/returner John Ross (the ninth pick in the NFL draft), a trio of defensive backs who went in the second round and first-team All-Pac-12 defensive lineman Elijah Qualls.

But the Huskies retain as much NFL-ready talent as anybody in the conference, with six players among the top 100 prospects in the nation, according to NFLDraftScout.com. Defensive lineman Vita Vea (No. 11) leads the way.

One player not on that top 100 list, but who is the No. 1 topic of conversation, is junior quarterback Jake Browning.

He was seventh nationally last season in passing efficiency (167.5 rating), but he was ineffective in the losses to USC and Alabama. It was later revealed he was suffering from an undisclosed injury to his throwing shoulder, which required offseason surgery.

"I feel good," he told the Pac-12 Networks on Wednesday. "It hasn't held me back from anything for months now. All ready to go."

Browning has thrown for 6,385 yards and 59 touchdowns in two seasons, with 19 interceptions.

"We're not reinventing the wheel," Petersen said about Browning's third season as the starter. "It's not a different message. It's the same stuff over and over."

Browning and junior running back Myles Gaskin form one of the best backfield combinations in the country. Gaskin has rushed for 2,675 yards in two seasons. Dante Pettis, another speedy wideout, becomes the primary receiving weapon. Pettis caught 53 passes for 822 yards and 15 touchdowns last season.

Like last year, Washington's defensive front will be salty, with Vea, defensive lineman Greg Gaines and linebackers Azeem Victor and Keishawn Bierria. A young secondary has a new building block in safety Taylor Rapp, last season's Freshman Defensive Player of the Year in the Pac-12.

"From what I have seen from our freshmen, they are just a lot hungrier," Bierria said. "We do a full workout, guys are tired, and they are like, 'OK, we've got to get extra.' That's something they have been real consistent with."

Washington's schedule, like last season, is not overly difficult. The Huskies' nonconference schedule features a game at Rutgers, followed by home games vs. lower-division Montana and Fresno State. Washington does not play USC in the regular season.

Everything aligns for another playoff run as Petersen enters his fourth year at Washington with a bedrock foundation.

"We feel excited about our chances this year," Petersen said.

--Wide receiver Darren Carrington II, dismissed from Oregon this month following a DUI charge, will play this season at Utah, his father told the Salt Lake Tribune. Carrington, a senior who has earned a degree from Oregon, is eligible this season. He caught 43 passes for 606 yards and five touchdowns last season, pushing his career totals to 112 receptions for 1,919 yards and 15 scores.

Carrington is rated the sixth-best receiver prospect for 2018 by NFLDraftScout.com.

--UCLA did not bring Josh Rosen to Pac-12 Media Days, even though the junior quarterback is a potential high pick in the NFL Draft. Rosen missed six games last season because of a shoulder injury.

"Through success and adversity, he has learned and he has matured," coach Jim Mora said.

"If his attitude, his work ethic, his approach, his sense of dedication that I have seen is any indication of what is to come, then we're in for a real pleasure watching that young man play. He's very much become a team player."

Rosen will be playing under new coordinator Jedd Fisch, UCLA's third offensive coordinator in three seasons. Mora said the lack of continuity is actually a positive for Rosen, who has been exposed to varied systems.

"Josh has a thirst for knowledge," Mora said. "He soaks up the information. He wants to know the whys and the hows."

--The Pac-12 announced a two-year extension, through 2019, to hold its championship game at Levi's Stadium in Santa Clara, Calif. The home of the San Francisco 49ers has been the site of the title game for the past three seasons.

"I'm very pleased with the experience we've created for our fans, universities, and student-athletes over the last three years," Pac-12 commissioner Larry Scott said. "I look forward to working with our great partners at Levi's Stadium and the San Francisco 49ers to continue to grow this marquee event in the Bay Area."

Scott also said the league will experiment with a reduction in TV timeouts and a shorter halftime (15 minutes instead of 20) in non-conference games. 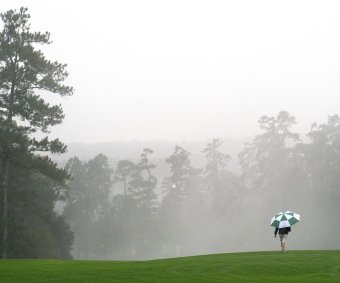