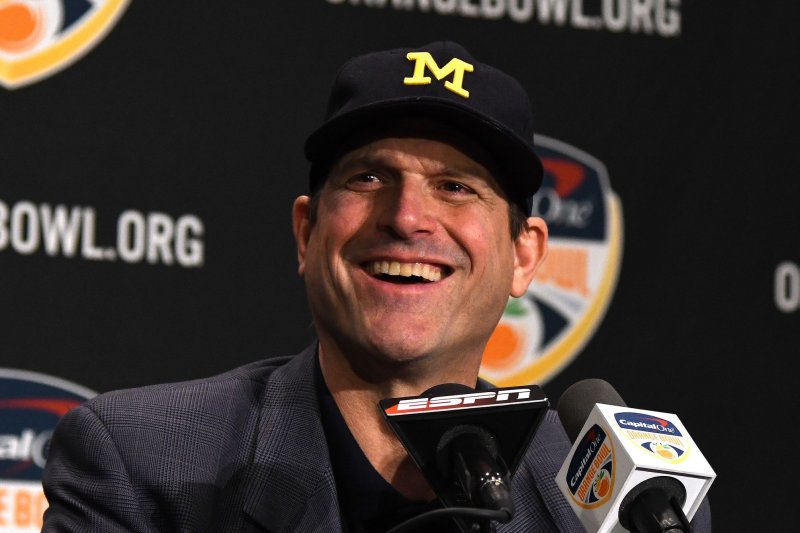 Michigan coach Jim Harbaugh and his football team will hold three practices in Italy next week.

Harbaugh said 99 of the players are expected to make the nine-hour flight from Detroit to Rome. The majority of the team travels on Saturday for a sightseeing and educational trip that will also include the Wolverines' final three spring practices scheduled for April 27-29.

Michigan will practice at the Olympic Training Center in Rome, take part in a coaching clinic and hold a scrimmage on the last day of practice at the Stadio dei Marmi stadium in Rome.

"What we hope to accomplish is making it the best experience in these youngsters' lives up until this point," said Harbaugh, who last year took his team to IMG Academy in Florida during spring break and held four practices.

Harbaugh and his wife, Sarah, will see their infant son, John, baptized at the Vatican, according to the Detroit News.

The trip is being funded by a Michigan donor who wishes to remain anonymous, the newspaper reported.

"We're so excited," Wolverines quarterback Wilton Speight said. "It's a tremendous opportunity. I've never been to Europe. There's only a select few that have been to Europe on our team. To do that from someone else's donation, that's pretty spectacular."