Lane Kiffin to interview for Houston job after SEC final 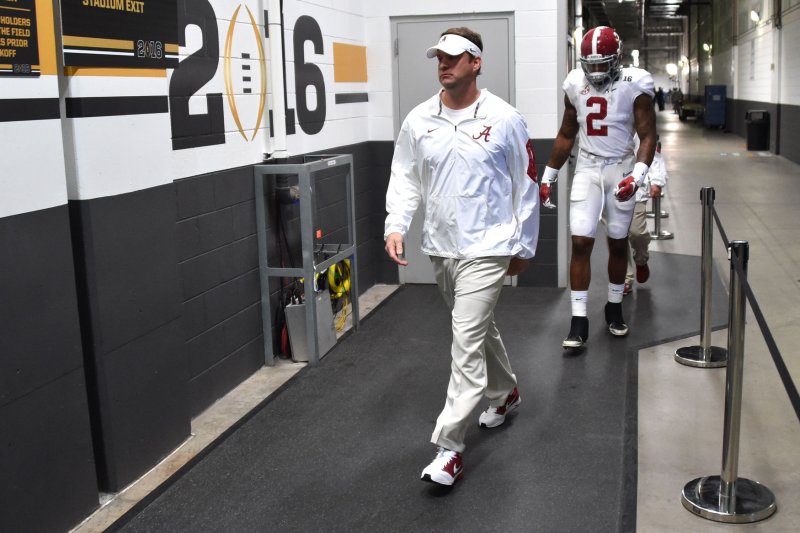 Alabama Crimson Tide offensive coordinator Lane Kiffin and running back Derrick Henry head to the field prior to game against the Clemson Tigers of the 2016 College Football Playoff National Championship at University of Phoenix Stadium in Glendale, Arizona on January 11, 2016. Photo by Jon SooHoo/UPI | License Photo

Alabama offensive coordinator Lane Kiffin is scheduled to interview for Houston's head-coaching opening on Sunday, a day after the top-ranked Crimson Tide play Florida for the SEC title.

Kiffin, who spent two seasons as head coach of the Oakland Raiders before returning to college to coach Tennessee and USC, is 35-21 as a collegiate head coach, going 28-15 in four seasons with the Trojans.

Kiffin, in his third season as Alabama's offensive coordinator, also is under consideration for the top offensive position at LSU under his friend Ed Orgeron.

Houston is looking to replace Tom Herman, who left for Texas a week ago after going 22-4 over two seasons.

Former Baylor coach Art Briles also is among the names to interview for the Houston job, according to ESPN.

Saban was asked whether Kiffin was ready to be a head coach again.

"Absolutely," Saban said at Friday's SEC Championship pregame press conference. "I think he's proven, when he was a head coach (at USC and Tennessee), he had a reasonably good amount of success, much more than I think he gets credit for.

"He's done a phenomenal job in the three years that he's been with us relative to taking the players that we had and actually molding a system, especially for the quarterback to be successful in. I think those are signs of tremendous maturity as a coach who is not just committed to a system, but is committed to doing the things that he has to do to help players be successful."

Miles compiled a 141-55 record as a head coach in 16 years at Oklahoma State and LSU. He spent the last 12 years with the Tigers, leading them to a BCS National Championship with a 38-24 win over Ohio State in 2007.

Briles, who was Houston's head coach from 2003 to 2007 before taking over at Baylor, is receiving "strong interest," a source told ESPN. Briles was fired in May after he came under fire over the program's handling of sexual assault complaints against football players. 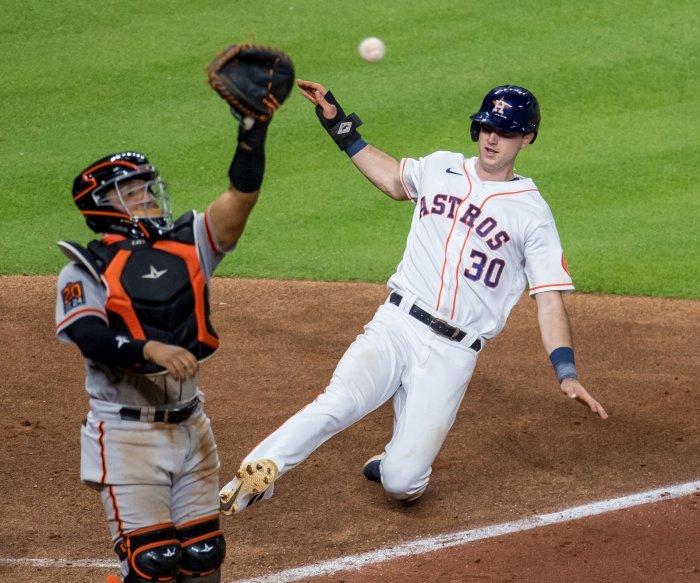