Kentucky manages to get past Northern Kentucky 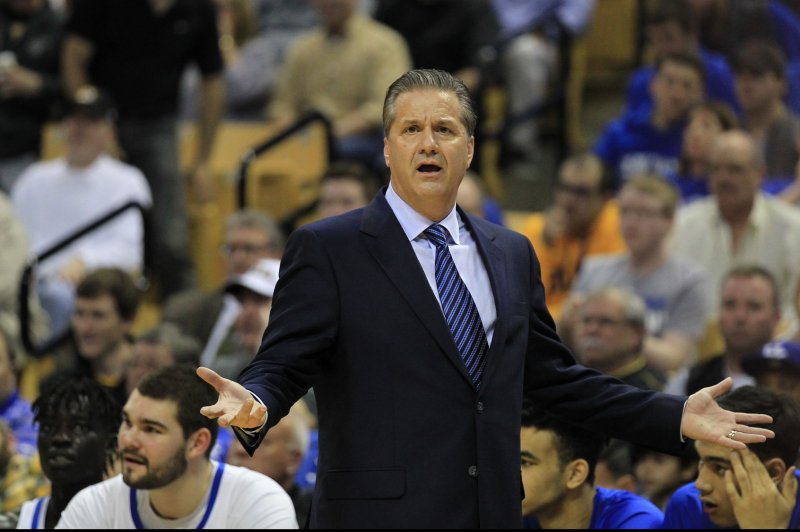 INDIANAPOLIS --- No. 15 seed Northern Kentucky wouldn't give in, but No. 2 seed Kentucky simply had too much talent.

De'Aaron Fox scored 19 points and Malik Monk sank four clutch free throws during the final 30.3 seconds Friday night, lifting Kentucky to a 79-70 South Regional victory over Northern Kentucky in Bankers Life Fieldhouse. The Wildcats will face No. 10 Wichita State on Sunday in the second round.

Bam Adebayo added 15 points and 18 rebounds for the Wildcats (30-5), Isaiah Briscoe had 17 points and eight rebounds and Monk finished with 12 points.

Northern Kentucky (24-11) got within 75-68 with 32.3 seconds to play before Monk hit four consecutive free throws.

RELATED Miami Heat closing in on .500 with win over Minnesota Timberwolves

Lavone Holland II led the Norse with a game-best 22 points and Carson Williams had 21 points.

"In tournament matchups, sometimes your intensity is what impacts the game most," Norse coach John Brannen said. "Kentucky is an elite-level team and we knew that, but I just wish we could have seen what might have happened had we made more than 8 of 32 3s."

Kentucky got 10 points from Adebayo and 10 from Fox to build a 38-24 halftime lead. The Wildcats enjoyed a 16-8 advantage in points in the paint, 9-2 in points off turnovers and 8-0 in fast-break points.

"We will be fine," Kentucky coach John Calipari said. "We were up 18 and Northern Kentucky made the game close by hitting some 3s.

"This is still a learning curve for us. We know we have to play better, and we will. I was pleased that Bam made his free throws (5 of 6)."

Fox was impressed with the Norse.

NOTES: Kentucky now has won 12 consecutive games, including beating Georgia, Alabama and Arkansas. ... The Wildcats are making their 56th NCAA tournament appearance -- most in NCAA history. Their 1988 appearance was vacated by the NCAA. ... Kentucky improved to 20-6 all time as a No. 2 seed, 46-10 in NCAA openers and 24-5 overall with John Calipari coaching. ... Northern Kentucky had a six-game winning streak snapped, coming off a Horizon League tournament championship. ... The Norse won 10 of their final 13 games. ... Northern Kentucky became the seventh program in history to land an NCAA Tournament berth in its first season of eligibility and the first since North Dakota State in 2009. ... Northern Kentucky's John Brannen was selected Horizon League Coach of the Year.