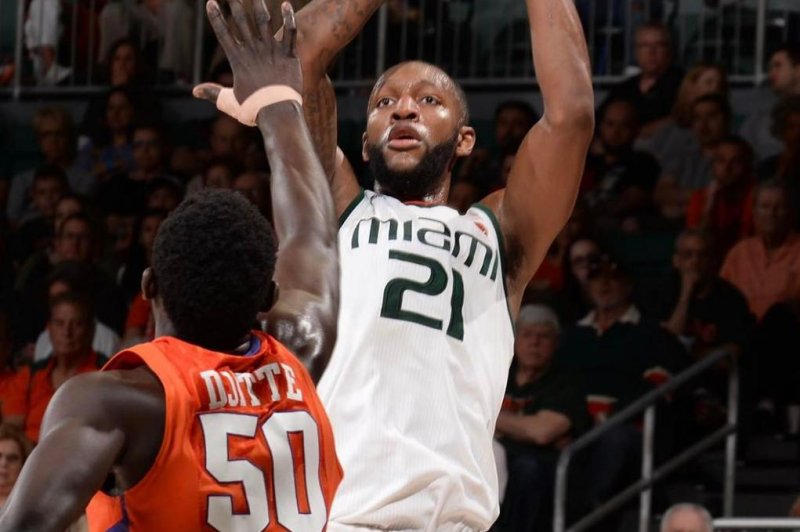 With Wednesday's loss to Syracuse on a banked 3-pointer at the buzzer, Duke not only dropped two games behind leader North Carolina in the Atlantic Coast Conference race, the Blue Devils now find themselves in a mix with at least a half-dozen teams fighting for a double-bye in next month's ACC tournament in Brooklyn.

One of those teams is next on Duke's schedule.

The Hurricanes have won three games in a row and are alone in sixth place in the standings, a game back of the Blue Devils, Louisville, Florida State, and Notre Dame.

The Hurricanes could sneak into a top-four spot with a big finish, but they have pursuers as well.

Right behind the Hurricanes at 9-7 in the league is Syracuse. A full-game back at 8-7 are Virginia Tech and Virginia, and just behind them are Georgia Tech at 7-8 and Wake Forest at 7-9. Teams five through nine get first-round byes. The top four finishers go directly into the quarterfinals.

"I think the byes are critical," Larranaga said.

With a 70-58 loss to the Blue Devils back in January, Miami realistically needs to gain a split with Duke to reach their goal, and even that won't guarantee anything. The Hurricanes still will have games on the road against Virginia Tech and Florida State remaining.

The Blue Devils, meanwhile, will have Florida State at home and North Carolina on the road left in the regular season.

RELATED Nick Kyrgios rolls into semifinals at Open 13 in France

The Blue Devils are 4-1, including a win over North Carolina, since coach Mike Krzyzewski returned from back surgery, and they had won seven in a row before the loss to the Orange.

Krzyzewski says his players need to match the "hunger" of opponents looking for an impressive win to get into the NCAA Tournament.

"We're not desperate right now, and we're not going to be desperate because we know we're going to be in the tournament," he said. meaning the NCAAs. "Over the years that's called psychology. It's tough to beat that old "p" or human nature. A lot of these things right now are not X's and O's. They're human nature. We need to do better in that regard."

"The team that has started the last three games will continue to start for the very simple reason they're playing well," Larranaga said. "I like the chemistry and the way they're playing."