The Buffaloes were rewarded for their perseverance with a 74-65 upset of No. 10 Oregon Saturday night at Coors Events Center.

"We have not played with that passion, energy and effort for 40 minutes on defense all season," Colorado coach Tad Boyle said. "Hopefully, we can build on this. When we went through a losing streak, we focused on the next game and now we have won two in a row."

"We got what we deserved," Oregon coach Dana Altman said. "We didn't play well enough to win. We have to get better."

Colorado shot 42.4 percent from the field, but limited the Ducks to 38.6 percent shooting. The Buffaloes outrebounded Oregon 41-38 and forced 16 turnovers.

"This shows the team and the staff that we are capable of doing this," King said. "We have to keep it going forward."

Xavier Johnson added 10 points and a game-high nine rebounds for the Buffaloes while Wesley Gordon had eight points, six rebounds and four assists.

White was 8-for-16 from the field, including 3-for-4 on 3-pointers with five rebounds, four assists, and four steals.

RELATED Frank Mason propels No. 2 Kansas past No. 4 Kentucky

"Shots were falling tonight," he said. "My teammates got me some good looks and they went down."

"We were playing selfish," Pritchard said. "We were not moving the ball around."

Colorado led 35-34 at the break before Ennis opened the second half with a basket for Oregon. King tied the game and Gordon put the Buffaloes ahead with a basket before Brooks made two free throws to tie it 39-39.

Forward Josh Fortune put Colorado back ahead 49-47 before Pritchard made a couple free throws.

Forward Xavier Johnson scored to put the Buffaloes ahead 51-49 with 7:01 left. Oregon tied the game with two free throws before Gordon scored for Colorado and White added a couple 3-pointers as the Buffaloes went up 59-52.

King followed with a three-point play as Colorado went up 62-52 with 3:41 left to play.

Colorado took an early 14-5 lead after hitting four straight 3-pointers. Johnson hit the first one followed by King and guard Dominique Collier before King hit another 3-pointer. Oregon center Chris Boucher stopped the run with a pair of 3-pointers to get Oregon within 14-11.

Gordon scored, but Dorsey and Casey Benson followed with baskets to get the Ducks within 16-15. White scored for Colorado and Pritchard followed with a basket for Oregon.

Colorado forward Lucas Siewert hit a 3-pointer and two free throws to put the Buffs ahead 23-17 before Brooks scored for the Ducks. Guard DeLeon Brown followed with a basket for Colorado and White added a basket to push the lead to 27-19.

Pritchard and Ennis each hit a 3-pointer before Bell made a free throw to get Oregon within 29-26, but White followed with a basket. Bell and Dorsey hit back-to-back baskets as Oregon got within 31-30.

Dorsey and Boucher each scored to put Oregon ahead 34-33, but Miller capped the half with a basket to put the Buffaloes ahead 35-34 at the break.

NOTES: Oregon coach Dana Altman is 0-5 at Colorado. ... Ducks freshman M.J. Cage, who has not played this season, continues to be bothered by injuries and will redshirt this season. ... Colorado improved to 3-3 against ranked teams this season. 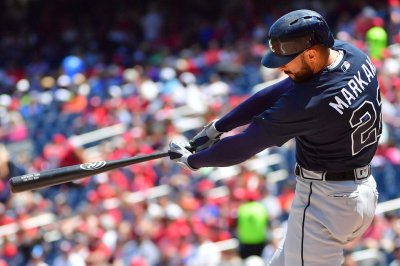