Roy Williams now can tell the story with wry smile: A kid they called Porky helped propel the Tar Heels into the Final Four.

Words spoken nearly 40 years ago when Williams was coaching at Charles D. Owen High in Black Mountain, N.C., lifted the Tar Heels when they needed it most against Notre Dame on Sunday.

The author of this profound wisdom, which Williams used in Sunday's pregame speech, was one of his players -- Porky Spencer -- back at Charles D. Owen.

"That's just what we called him," Williams said Monday. "Needless to say it was not his full name. We called him Porky. ... One of the great young men I was fortunate enough to coach."

On Sunday, when the Fighting Irish erased an 11-point deficit, took a 52-51 lead and looked as if they were going to take control, Porky's words of wisdom ignited the Tar Heels and Notre Dame was doomed.

And it was guard Marcus Paige who invoked the wisdom from Porky 38 years ago to Williams before the game to perhaps the most crucial stage of the game that motivated the Tar Heels.

North Carolina responded with a 12-0 run to seal its 19th trip to the Final Four.

Williams says he tries to stay in touch with Spencer.

"[He] comes to a lot our games. Makes that drive down from Black Mountain seven or eight times a year, and then gets in the car and drives right back," Williams said.

It is unclear if Spencer, a retired football coach, will be traveling to Houston to root for his old coach. One thing for sure, the Tar Heels have come pretty far this year, but they won't be happy unless they can go a little farther.

Villanova and Oklahoma met earlier this season and the Sooners put a licking on the Wildcats.

Instead of slinking away with their tail between their legs, Villanova went on to win 17 of 19 games and learn from that December beating -- "learning moments," says coach Jay Wright.

The Wildcats went to Hawaii flying high, a perfect 7-0 and ranked No. 9. Oklahoma was ranked No. 7 and it didn't take long for the Sooners to prove they were better than the Wildcats.

Senior guards Buddy Hield and Isaiah Cousins combined for 37 points in a 78-55 win in the Pearl Harbor Invitational.

Wright has used that as a measuring stick all season to point to his players where they need to be.

"When that game unfolded, it was very clear that Oklahoma [was] playing like a top-10 team, probably a top-5 team at that point," and we were not," Wright said. "We really used that as a bar to say, 'Look, we know what it is to play a top-5 team. These guys are playing that way.'"

Wright and the Wildcats get a chance at revenge -- on a much bigger stage. And now that shellacking in Hawaii is looked upon as being beneficial.

That was then and today the Wildcats are playing as well as any of the other three teams left standing. Since losing to Seton Hall in the Big East tournament final by two points, the Wildcats have steamrolled their way to their first Final Four since 2009.

Beating Iowa was like swatting a pesky bug away.

An anticipated matchup with Miami proved to be just a tune-up for top-seeded Kansas Jayhawks.

In their biggest game of the season, the Wildcats proved they are more than just an offensive juggernaut. On an evening when Villanova shot just 40.4 percent from the field -- after making 59.9 percent in its first three NCAA Tournament games -- the Wildcats turned to defense and clutch foul shooting to secure a trip to Houston.

The Wildcats showed they have evolved from that early season loss to the Sooners, prompting Wright to say, "I think we had gotten to the point on Saturday night of playing like a Final Four team."

Oklahoma's Buddy Hield is an anomaly in today's college basketball world. In a culture of one-and-done, many players leave for the riches of the NBA before they're prepared -- mentally and physically.

"Hopefully Buddy serves as a poster child for those guys that are thinking of coming out and are not sure," Sooners coach Lon Kruger said. "The sad part of all of that, the majority of guys that come out early don't play in the NBA. People see those that do.

Kruger knows what he is talking about. And even though it's been 22 years since he has appeared in a Final Four, (Florida lost to Duke in 1994), and the game has changed dramatically, some things remain the same.

Hield has taken a page out of those old days when Kruger was just beginning to build an impressive resume with stops at UT Pan American, Kansas State, Florida, Illinois and UNLV, as well as three years as the head man of the Atlanta Hawks.

As a freshman, Hield averaged 7.8 points per game. The next season, he doubled that and was scoring 16.5 a game and took it up a notch as a junior to 17.4.

By holding off and ignoring the temptation to turn pro after his third year, the Bahamian native has cemented his status as a first-round pick as he averages 25.7 points a game.

His blend of leadership and athleticism compliments the Sooners' other senior guard, Isaiah Cousins.

And like Hield, Cousins has made tremendous strides since first stepping foot in Norman.

"He started out as a good athlete that worked really, really hard," Kruger said. "Every year [he] improved his shooting. He's improved his ball handling, his feel for the game.

"He's had a big impact. We need him for the weekend, for sure."

The Sooners head into the Villanova game with confidence knowing they defeated the Wildcats earlier this season. Hield "struggled" to score 18 points in that game, and yet Oklahoma won walking away.

Kruger warned his team about being too overconfident.

Three weeks ago, North Carolina, Villanova and Oklahoma could have made legitimate cases for making the Final Four.

Syracuse? The 10th-seeded Orange needed to make a case for just being included in the NCAA Tournament.

How does a team lose five of its last six games and still make it?

But looks who's still standing.

Heading into Final Four weekend, Syracuse has exceeded nearly everyone's expectations. After trailing by 16 in the second half and rallying to upend top-seeded Virginia, the Orange don't have to do any explaining.

Syracuse is the first No. 10 seed to get to the Final Four and just the fourth double-digit seed to accomplish the feat. The Orange are the lowest seeded team to reach the Final Four since No. 11 VCU and Shaka Smart made an appearance in 2011.

Boeheim refuses to look to the past, which includes a nine-game suspension and reduction in scholarships as a result of a multiyear probe of the program.

"We live in the future here. What you did yesterday, what you're doing right now doesn't matter. It's what you do in the next game," he said.

And because of the past, the Orange probably will face their stiffest test in the Tar Heels on Saturday.

Back on Jan. 9, Boeheim was returning from a nine-game suspension when the Tar Heels welcomed him back by beating the Orange, 84-73.

"I was glad to see him back," Tar Heels coach Roy Williams said at that time.

If the Orange continue to play like they have been, especially since the Sweet 16, it will remain to be seen how happy Williams will be to see his old nemesis again.

To even have a chance to face North Carolina again, Syracuse had to overcome some long odds.

First, against Gonzaga in a Sweet 16 game, the Orange were outplayed and down by five with less than three minutes before winning by three.

Against Virginia, Syracuse trailed 37-21 before clawing back for a 59-58 lead with 5:50 remaining. The Orange closed the game on a 31-11 run and now are in their sixth Final Four.

Boeheim dismisses the notion that the Orange had an easy path to the Final Four.

"No, I don't think it's accurate to say that we've had an easier road. Even if it was, it really wouldn't matter."

The turmoil that the program has endured this season has made the players stronger, Boeheim said.

"It's been really a very focused group, great senior leadership. We have three freshmen in the seven guys that play. They've been consistent from Day One.

"We talk all the time in life about you can't be distracted by things, because there are distractions in everybody's life, and you still have to go out and do what you do."

It is that workmanlike attitude that has carried the Orange through the season and into the Final Four. There's no need to explain or make excuses. 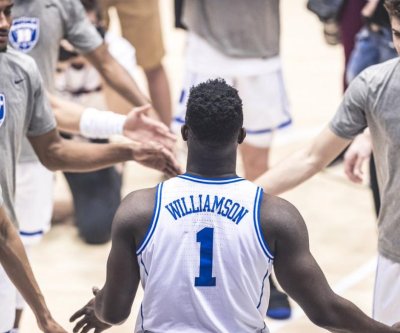 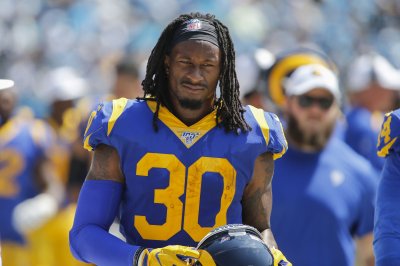 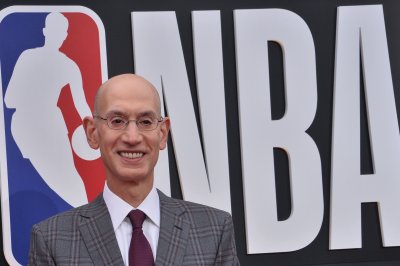