Buffalo college football game against Akron postponed due to snowstorm 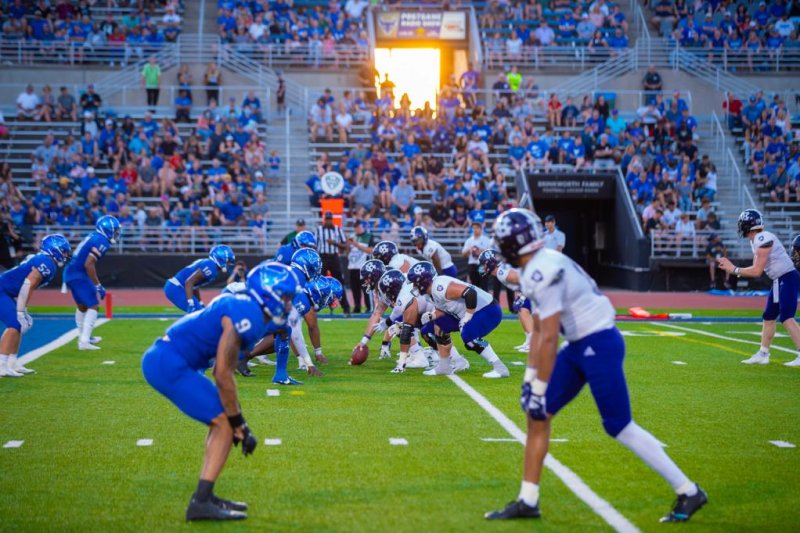 Nov. 19 (UPI) -- The Mid-American Conference announced Saturday that the University of Akron's football against the University at Buffalo was postponed indefinitely due to a massive snowstorm in New York.

"Despite the best efforts of all involved, it is not feasible to play the football game between Akron and Buffalo on Sunday," MAC Commissioner Jon Steinbrecher said in a statement. "The game has been postponed indefinitely. The safety of the student-athletes and fans is paramount. We want to be respectful of the efforts of the emergency service personnel in the Buffalo area who are working to assist those in need."

The MAC said a decision on rescheduling the Akron-UB game would be made in the next week, and UB vice president and director of athletics Mark Alnutt told the Buffalo News that the possibility of the game being rescheduled hinges upon whether the Bulls win the MAC East Division.

A state of emergency in Buffalo and surrounding areas remained in effect Saturday as the city dug out from a historic lake-effect snowstorm.

As of 6 a.m. Saturday, a travel ban that had been imposed on certain parts of Buffalo was extended throughout the entire city.

The historic storm also forced the NFL to relocate Sunday's game between the Bills and the Cleveland Browns to Detroit.

Soccer // 2 hours ago
World Cup soccer: USA 'embraces' pressure of must-win match vs. Iran
Nov. 29 (UPI) -- The United States Men's National Team is "embracing" the pressure ahead of its must-win match against Iran at the 2022 World Cup. The Americans and Iranians will meet in the Group B finale Tuesday in Doha, Qatar.

Soccer // 16 hours ago
World Cup soccer: Casemiro, Brazil beat Switzerland, advance to Round of 16
Nov. 28 (UPI) -- Star midfielder Casemiro ripped a half-volley screamer into the right-side netting in the 83rd minute to beat Switzerland and clinch Brazil's spot in the Round of 16 at the 2022 World Cup on Monday in Doha, Qatar.