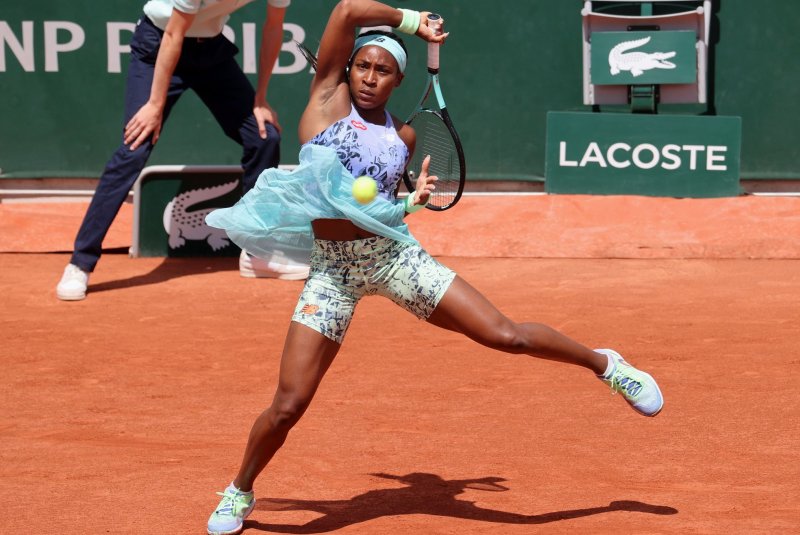 May 25 (UPI) -- No. 3 Alexander Zverev of Germany held off unseeded Argentine Sebastian Baez in a three-hour, 36-minute tennis thriller, while two top women's players suffered upset losses at the French Open on Wednesday in Paris.

"This is the worst he [Baez] will probably ever feel on a tennis court right now, this moment," Zverev said in his on-court interview. "It was such an incredible match, and I know it just too well because I lost the U.S. Open final from being two sets to love up.

"You always get better from it and I wish him nothing but the best. He's an unbelievably great kid, and he's going to do a lot of great things in this sport I think."

Just five Top 10 players remain in the women's singles draw. All of the Top 10 men's seeds remain active in the tournament. No. 4 Maria Sakkari of Greece and No. 12 Emma Raducanu of the United Kingdom were the latest top women's players to exit.

"She played an amazing match," Sakkari told reporters. "She always plays extremely well in Grand Slams. Today she was the better player. I tried and fought until the last point. It didn't go my way."

Zverev will face American Brandon Nakashima in the third round.

No. 15 Victoria Azarenka of Belarus, No. 17 Leylah Annie Fernandez of Canada and No. 18 Cori "Coco" Gauff on the United States were among the top women's players to advance through Wednesday morning's early second-round matches.

"I was just fighting for every point," Gauff told Tennis Channel. "I didn't play so well in the second set. ... Today I think was just an ugly win."

No. 27 Amanda Anisimova and unseeded Sloane Stephens were among the other American women to advance to the third round.

No. 1 Novak Djokovic of Serbia, No. 9 Felix Auger-Aliassime of Canada and No. 10 Cameron Norrie of the United Kingdom were among the top-seeded men to advance to the third round of the singles circuit. Nakashima and No. 23 John Isner were among the Americans who won second-round matches early Wednesday in Paris.

Sports News // 2 hours ago
Swiatek moves on, Pliskova upset in Round 2 as rain suspends Wimbledon
June 30 (UPI) -- Iga Swiatek and Stefanos Tsitsipas were among the top seeds to advance with second-round wins Thursday at Wimbledon 2022. Women's No. 6 seed Karolina Pliskova exited after an upset loss to England's Katie Boulter.

Sports News // 9 hours ago
Wimbledon 2022: Sakkari moves on; Opelka, Raducanu ousted
June 30 (UPI) -- No. 5 seed Maria Sakkari moved on to the third round of Wimbledon 2022 with a straight sets victory, while Reilly Opelka, the second-highest seeded American man, lost his second-round match in London.

Sports News // 1 day ago
Koepka brothers, Reed-Gooch-Johnson to team up at LIV Golf Portland
June 29 (UPI) -- Brothers Brooks Koepka and Chase Koepka and Dustin Johnson, Patrick Reed and Talor Gooch are among the players grouped together for LIV Golf Invitational Series Portland, which will start Thursday in North Plains, Ore.

NBA // 1 day ago
Wizards to trade Caldwell-Pope, Smith to Nuggets for Barton, Morris
June 29 (UPI) -- The Washington Wizards agreed to trade Kentavious Caldwell-Pope and Ish Smith to the Denver Nuggets in exchange for Will Barton and Monte Morris, a league source told UPI on Wednesday.

Sports News // 1 day ago
Wimbledon 2022: No. 2 Kontaveit, No. 3 Ruud upset; Djokovic onto third round
June 29 (UPI) -- Top-seed Novak Djokovic raced to a straight-sets win, while women's No. 2 Anett Kontaveit and men's No. 3 Casper Ruud sustained second-round upsets at Wimbledon 2022 on Wednesday in London.