Dec. 1 (UPI) -- Sophomore forward Zed Key scored a game-high 20 points to lead Ohio State to a 71-66 upset victory over Duke, the No. 1 team in the college basketball Coaches Poll, just days after the Blue Devils knocked off Gonzaga.

"We just had good stops on defense," Key told reporters. "They were getting a lot of transition points, so we had to tighten up our defense.

"We did that and got the win. We pulled it out."

The Buckeyes built a 13-7 lead about seven minutes into the game. The Blue Devils responded with a 13-2 run and led 43-30 at the end of the first half. Wendell Moore Jr. added a jump shot 19 seconds into the second half to push the advantage to 15 points.

The Buckeyes answered with an 8-2 run. They ended the game on a 12-0 run, holding the Blue Devils scoreless over the final 4:29.

"We didn't finish," Duke coach Mike Krzyzewski told reporters. "I think when guys took it to the basket hard, it's not like they took a bunch of bad shots. Like Wendell [Moore Jr.] said, you still have to make shots.

"If you make one of those, it gives you some 'oomph.' It just wore on us. Again, they played good defense too, so just a combination of that. I trust my guys, I trust them to make plays and we weren't able to make shots tonight during that time. Again, their defense had a lot to do with it, but we still have to make some shots. I'm not blaming my team at all -- I'm proud of my team." 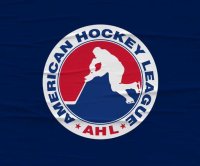 Sports News // 18 hours ago
Naomi Osaka 'proud' after Australian Open loss, excited for American foe
Jan. 21 (UPI) -- Naomi Osaka, who struggled with expectations last season and took a mental health hiatus from tennis, said she was "proud" of herself despite a loss Friday in the third round of the 2022 Australian Open. 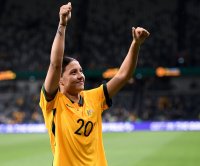 Sports News // 23 hours ago
Australian Open tennis: American Anisimova drops Osaka; Barty advances
Jan. 21 (UPI) -- American Amanda Anisimova dropped her fist set, but roared back to upset Naomi Osaka of Japan in the third round of the 2022 Australian Open on Thursday in Melbourne. Ash Barty was among the top seeds to advance.
Advertisement