China earned nine medals to push its total to 40 at the Games. China leads all countries with 19 gold medals.

The Americans would not medal again Friday, but did advance to the semifinals in women's soccer and open the baseball tournament with a win over Israel.

In non-medal events, the United States Women's National Team won a thriller against the Netherlands to advance to the 2020 Summer Games semifinals.

The U.S. women battle Canada in the semifinals Monday in Kashima, Japan, for a chance to play in the gold medal match.

In golf, Team USA's Xander Schauffele carded an 8-under par 63 to earn the lead at the tournament through two rounds Friday in Saitama, Japan.

His overall score of 11-under par is one stroke better than second-place Carlos Ortiz of Mexico. Sixteen golfers didn't finish the second round due to inclement weather at Kasumigaseki Golf Club. Americans Collin Morikawa and Patrick Reed finished their second rounds and are tied for 25th.

Team USA's Justin Thomas did not finish the second round, but is tied for 39th.

The Americans will get several more chances to medal Saturday. Team USA could contend for medals in archery, track and field, fencing, windsurfing, shooting, swimming, weightlifting and the triathlon on the eighth day of the Games. 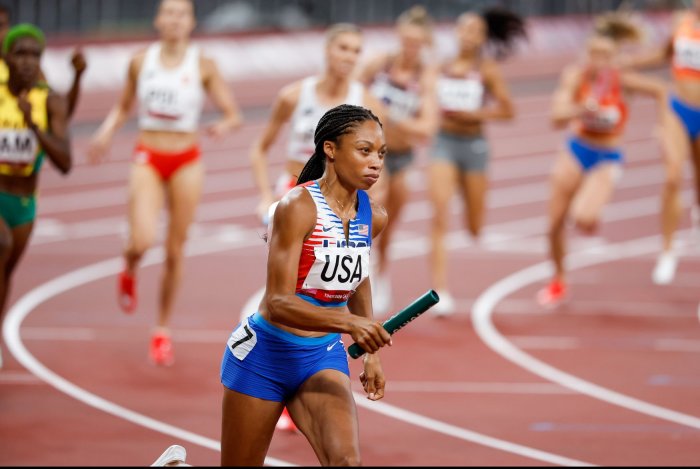 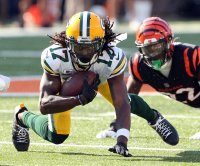 NFL // 7 hours ago
Packers' Davante Adams put on COVID-19 list; Bears' Matt Nagy positive for virus
Oct. 25 (UPI) -- The Green Bay Packers could be without Davante Adams for Thursday night's showdown against the Arizona Cardinals after the star wide receiver was placed on the reserve/COVID-19 list Monday.

NFL // 12 hours ago
Fan's surrendered ball from Brady's 600th TD pass worth up to $1M
MIAMI, Oct. 25 (UPI) -- The football from Tom Brady's 600th career touchdown pass, given to a fan and returned to the Tampa Bay Buccaneers quarterback, is worth between $500,000 and $1 million, several auction houses said.

Sports News // 15 hours ago
European 2-year-olds make case for '22 Classics in weekend horse racing
Oct. 25 (UPI) -- Luxembourg emerged as the favorite for the 2020 European and UK Classics with a dominant win at Doncaster while Angel Bleu, Ancient Rome and El Bodegon made their mark in their 2-year-old finales in France.