The 22-year-old gymnast made history as the first woman to land the move in competition in May at the U.S. Classic in Indianapolis. She continued to tease fans about her potential to perform the move again in the lead-up to the postponed Summer Games.

On Thursday, Biles sprinted down the mat and used her hands to perform a round-off onto the spring board and a back handspring onto the vault.

She then launched herself higher and did two backflips while bent at the waist and holding her legs straight. Biles landed with two feet even, but then stepped back with her left foot and did a few small bounces.

Former Soviet world champion gymnast Natalia Yurchenko made the Yurchenko move famous in the 1980s. Biles' version with a double pike -- two flips with her knees straight and waist bent -- has never been attempted by a woman at the Summer Games.

Biles, 24, made history with an American record four gold medals at the 2016 Summer Games in Rio de Janeiro. She is a heavy favorite to earn another collection of medals in Tokyo.

Biles could get her last chance for gold in Tokyo at the women's balance beam final, which starts at 4:50 a.m. EDT Tuesday. 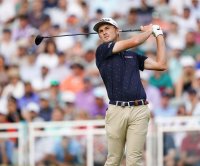 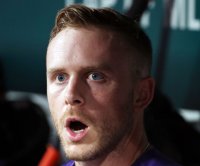 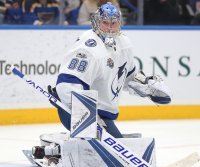