March 28 (UPI) -- Howard Schnellenberger, who led the University of Miami to its first national football championship, died Saturday, his family announced. He was 87.

Schnellenberger later coached at Louisville, Oklahoma and Florida Atlantic University. He compiled a 158-151-3 record over 27 seasons as a college head coach, including a 6-0 mark in bowl games.

He also served as head coach of the NFL's Baltimore Colts from 1973-74, recording a 4-13 record with the club.

"The loss of Coach Schnellenberger is immeasurable in so many ways for the University of Miami family," Miami athletic director Blake James said in a statement. "He helped our University grow during a critical period of time and established a foundation for future success, on the football field and off.

"Our thoughts are with his family, friends, former colleagues and players. He will forever be a Hurricane."

Schnellenberger took over Miami's floundering football program in 1979. The Hurricanes went 5-6 in his first season, but the team never finished with another losing record under him.

"I knew we were on a collision course for the national championship, so I said, 'Get in there, put your hats on, get your football shoes on and let's go practice. Let's roll. Let's go work and work and work and if we do that, we'll become winners very quickly,'" Schnellenberger recalled in 2019. "And so, it came to be."

Schnellenberger coached Miami to the 1983 national championship, defeating Nebraska 31-30 in the Orange Bowl. He departed after that season, compiling a 41-16 record during his time at the school.

He became head coach at Louisville in 1985 and quickly reshaped the school's struggling football program, which had finished with a losing record in the previous six seasons. He led the Cardinals to two bowl game victories, including a win over Alabama in the 1991 Fiesta Bowl. He left the program after the 1994 season.

Schnellenberger was named director of football operations for FAU in 1998 and built the program from scratch. Under his direction, the Owls secured their first bowl invitation in 2007, defeating Memphis 44-27 in the New Orleans Bowl.

Schnellenberger announced his retirement from coaching in 2011.

Schnellenberger, who was born in Saint Meinrad, Ind., in 1934, played tight end at the University of Kentucky from 1952-55, earning All-America honors his senior year.

Besides head coaching positions, he was an assistant at Kentucky and Alabama, under Bear Bryant, as well as the Miami Dolphins, under Don Shula.

Schnellenberger is survived by his wife of 61 years, Beverlee, sons Timothy and Stuart, his grandchildren Joey, Marcus and Teather and his great grandchildren Tyler, Lacie and Harper Ann. He was predeceased by his son Stephen and great-grandson Angel. 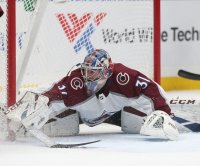 MLB // 7 hours ago
Nationals-Phillies game postponed as Washington deals with COVID-19 outbreak
July 28 (UPI) -- Wednesday's scheduled game between the Nationals and Phillies at Citizens Bank Park in Philadelphia was postponed because of a COVID-19 outbreak within Washington's organization.

Sports News // 12 hours ago
U.S. teammates relate to Simone Biles: 'She's not a quitter'
July 28 (UPI) -- Simone Biles' teammates hope she can return to Olympic competition soon and said the star gymnast "is not a quitter" in response to criticism after her withdrawal from two events in Tokyo. 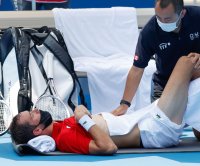 Sports News // 16 hours ago
Olympics officials delay start of tennis matches due to Tokyo heat
July 28 (UPI) -- Start times for tennis matches at the Summer Olympics will be pushed back by four hours in response to players' recent struggles with extreme heat in Tokyo, the International Tennis Federation said Wednesday.
Advertisement