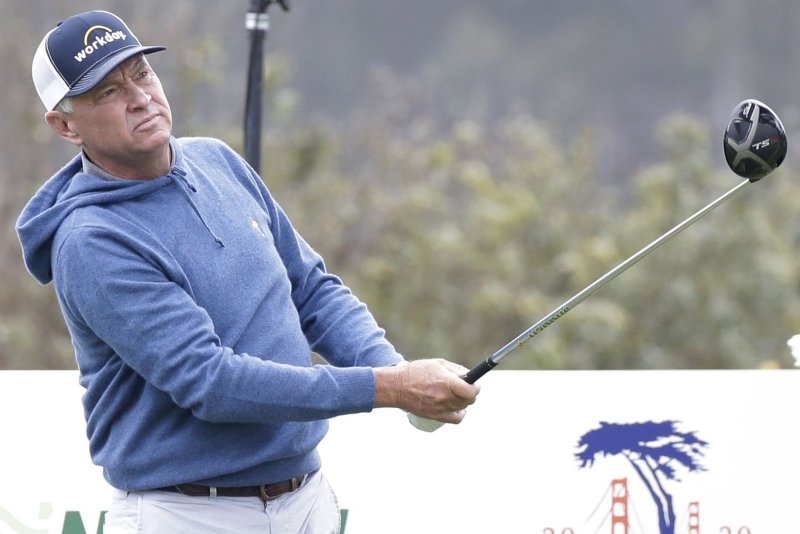 The tournament was planned for Sept. 30 to Oct. 3, before it was postponed to Sept. 19 to 25, 2022, because of the coronavirus pandemic. Quail Hollow Golf Club in Charlotte, N.C., will host the tournament.

Love is a Charlotte native.

"Davis has been instrumental in the foundation and continued growth of the Presidents Cup, and it's only fitting that he returns to Charlotte to lead the U.S. Team in 2022," PGA Tour commissioner Jay Monahan said in a news release.

"He has been a role model to so many young players on the PGA Tour, and I know that leadership will serve him well in this role as he leans on his wealth of experience as a competitor and captain in team competition."

"Congrats to Davis Love III on being named U.S. Team captain," Immelman tweeted on Tuesday. "Quail Hollow is going to be an amazing venue for the Presidents Cup. We can't wait."

"With the event heading to Charlotte in 2022, there is no better fit for the captain's role," Woods wrote in a letter to Love, which Love read in a Twitter video.

"The opportunity to captain a Presidents Cup team in your home state will be something special. ... With my captain duties relinquished, I plan to focus my attention on earning a spot on your team and helping the U.S. retain the Cup."

Changing of the Captaincy.

"The Carolinas mean so much to me and my family, and it's humbling to know that I will return to Charlotte in this new role to help carry on the rich sports tradition the Queen City has developed through the years," Love said.

"Alongside Trevor, we will help build an event atmosphere everyone can take immense pride in while showcasing this region to sports fans around the world."

Tiger Woods swings during the second round of the U.S. Open in Bethesda, Md., on June 13, 1997. The following April, Woods became the youngest Masters Tournament winner. Photo by Jay Clark/UPI | License Photo

Soccer // 24 minutes ago
World Cup 2022: Morocco upsets Belgium, takes Group F lead
Nov. 27 (UPI) -- Abdelhamid Sabiri and Zakaria Aboukhlal each scored late in the second half to lead Morocco to an upset victory over Belgium at the 2022 World Cup on Sunday in Doha, Qatar.

Soccer // 1 day ago
Qatar becomes fastest host ever eliminated from World Cup
Nov. 25 (UPI) -- Qatar lost its Group A game to Senegal on Friday, making the host team the first side eliminated from the 2022 FIFA World Cup.

Soccer // 1 day ago
Iran pushes Wales to brink of World Cup elimination with 2-0 win
Nov. 25 (UPI) -- Ending a silent protest, Iran's players sang their country's national anthem before eking out a pair of goals in extra time to defeat Wales 2-0 on Friday at the FIFA World Cup in Qatar.

Soccer // 2 days ago
EU calls on Fifa, Qatar to compensate migrant workers
Nov. 24 (UPI) -- The European Union issued a formal condemnation of Qatar for its treatment of migrant workers who prepared for the 2022 World Cup, calling for compensation and worker's rights reform.