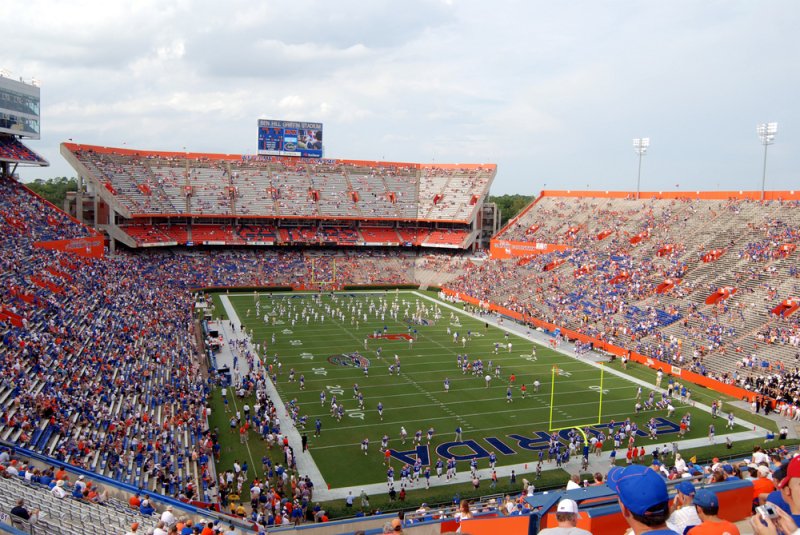 Florida's upcoming game against LSU is in question after the Gators experienced a coronavirus outbreak within the football program. Florida is scheduled to play LSU on Saturday at Ben Hill Griffin Stadium in Gainesville, Fla. File Photo by Bill Ragan/Shutterstock

Oct. 13 (UPI) -- Just four days before their scheduled game against LSU, the Florida Gators have halted football activities because of a coronavirus outbreak.

The university announced Tuesday that it has five new COVID-19 cases within the football program. However, sources told ESPN and The Independent Florida Alligator that number has ballooned to 19 positive tests over the last several days.

"The University of Florida football team has experienced an increase in positive COVID-19 tests among players this week," Florida athletic director Scott Stricklin said in a statement Tuesday. "Out of an abundance of caution, team activities are paused as of Tuesday afternoon.

"Head coach Dan Mullen has been in communication with football players and their parents, and I have had conversations with the Southeastern Conference office, last week's opponent Texas A&M, and this week's opponent LSU. These circumstances will be re-evaluated by UF Health and the athletic department's sports medicine staff Wednesday."

Florida (2-1) is scheduled to play the LSU Tigers (1-2) on Saturday at Ben Hill Griffin Stadium in Gainesville, Fla.

Soccer // 3 hours ago
Alex Morgan 'devastated' by U.S. soccer loss, Alyssa Naeher out for bronze medal game
Aug. 3 (UPI) -- U.S. women's soccer star Alex Morgan noted her frustration about the team's semifinal loss Tuesday on social media, but was one of several American players to say her goal is to bring home a bronze medal. 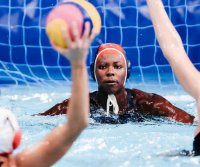 Sports News // 9 hours ago
U.S. men's basketball team advances to semifinals with win over Spain
Aug. 3 (UPI) -- Team USA has advanced to the semifinals in men's Olympic basketball with a strong win against Spain on Tuesday. 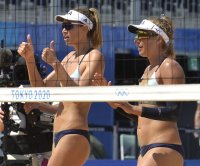