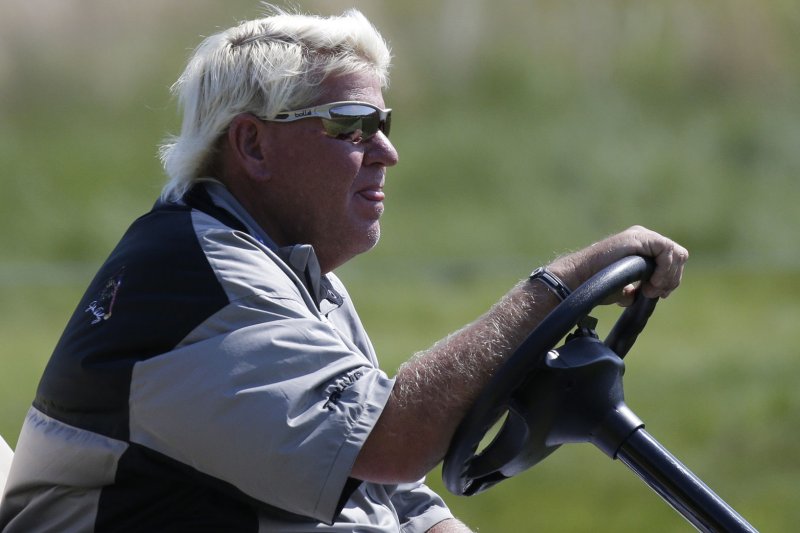 Golfer John Daly, 54, said he'll try to give up smoking and improve his diet after he found out he has bladder cancer. File Photo by John Angelillo/UPI | License Photo

Daly said he had surgery to have the cancer removed, but the cancer is likely to return. He withdrew from last month's PGA Tour Champions event in Missouri due to back pain and kidney stone issues. A consultation with his doctor resulted in the cancer diagnosis.

"[The doctor] said there's an 85% chance it comes back," Daly said in a video posted Thursday by Golf Channel. "So I've got to go back and see him in three months. They will probably have to cut it out again.

"It's probably going to come back, and then another three months after that you don't know. You just don't know."

The 54-year-old golfer has dealt with health issues throughout his career. Daly collapsed on the course during a PGA Tour Champions event in 2015 from a collapsed lung. He petitioned the PGA Tour to use a cart at tournaments due to an arthritic knee condition. He also has had lingering rib issues.

"I'm cutting way, way back on the Diet Coke and counting minutes before I can have a cigarette," Daly said.

"The doctors aren't saying it's too late. Unfortunately, it's a cancer that keeps coming back. But I'm going to listen to them, and I'm going to try and quit smoking.

RELATED Brooks Koepka to skip U.S. Open due to injuries

"If it comes back, it comes back. Six months to a year, if it doesn't go away, I'm going to live my life. I'm gonna have some fun."

Daly has five wins in the PGA Tour. He missed the cut at last year's Safeway Open, his last PGA Tour event.

"Hey all, thank you all so much for all the love, texts, messages and support through this," Daly tweeted Thursday. "It's all still shocking for me, but know I'll do what I have in me to beat this!