Golf legend Jack Nicklaus reveals he had coronavirus in March 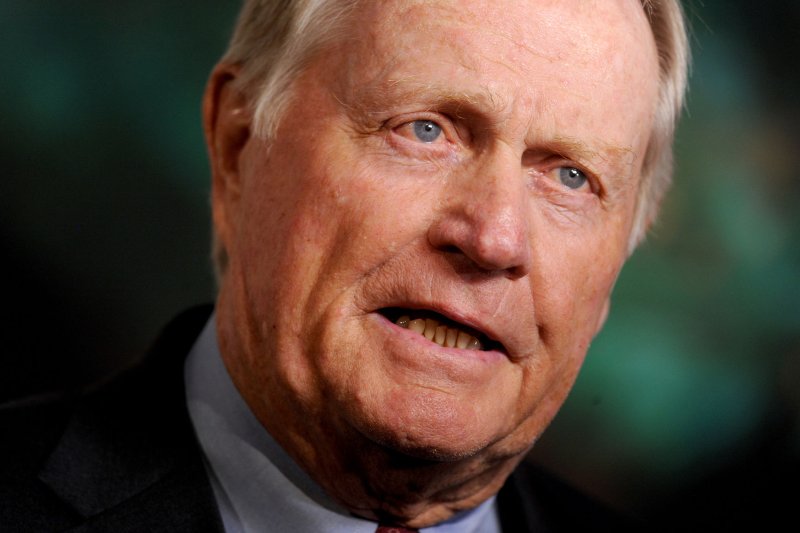 Jack Nicklaus said he had minor symptoms such as a sore throat and a cough, while his wife experienced none. File Photo by Dennis Van Tine/UPI | License Photo

July 19 (UPI) -- Golf great Jack Nicklaus revealed Sunday during CBS' telecast of the final round of the Memorial Tournament that he and his wife tested positive for the coronavirus in March.

Nicklaus said he had minor symptoms such as a sore throat and a cough, while his wife experienced none. He told CBS' Jim Nantz they were quarantined at their home in North Palm Beach, Fla., from March 13 until about April 20.

Nicklaus and his wife, Barbara, turned 80 earlier this year.

"It didn't last very long, and we were very, very fortunate, very lucky," Nicklaus said. "Barbara and I are both of the age, both of us 80 years old, that is an at-risk age. Our hearts go out to the people who did lose their lives and their families. We were just a couple of the lucky ones."

Tiger Woods, a five-time winner at the Memorial, said Sunday he knew about Nicklaus' positive test for some time.

"The fact that they got through it and they're safe and here and healthy, it's all good news for all of us who are a part of golf and who looked up to Jack and [have] been around Barbara all these years," Woods said.

Nicklaus shared the news when the tournament was coming out of a weather delay. Earlier this week, he said he would shake the hand of whoever wins the Memorial -- a tradition at the event he created.

The 18-time major championship winner reiterated Sunday that he will still shake hands if the winner chooses to do so.

"We've got the antibodies, and theoretically we can't give it and can't get it," Nicklaus said. "That's a nice position to be in. ... If the winner wants to shake hands that's fine. I wouldn't put him in that position, but I can't give it to him. We'll have to see what he wants to do."

Since the start of the coronavirus outbreak earlier this year, Nicklaus and his wife have helped their local community in South Florida. The Nicklaus Children's Health Care Foundation launched its "Wear the Bear. Show You Care." campaign this summer to support the COVID-19 Relief Fund at Nicklaus Children's Hospital.

Since its launch, the campaign has raised more than $155,000, according to the Palm Beach Post. Overall, more than $400,000 has been raised for Nicklaus Children's Hospital's coronavirus relief fund.

Sports News // 1 day ago
Colorado State fans chant 'Russia' at Ukrainian basketball player
Feb. 5 (UPI) -- The Colorado State Rams basketball team issued an apology to a Utah State player from Ukraine after fans in the student section chanted "Russia" at him during a game at Moby Arena in Fort Collins, Colo.

Sports News // 3 days ago
Cold weather, short field produce bumps in Road to the Kentucky Derby
Feb. 3 (UPI) -- In what would normally be a hot weekend of Kentucky Derby prep action, one of the big three races was postponed by bitter cold and another drew only four entries -- all from the same trainer.
Advertisement