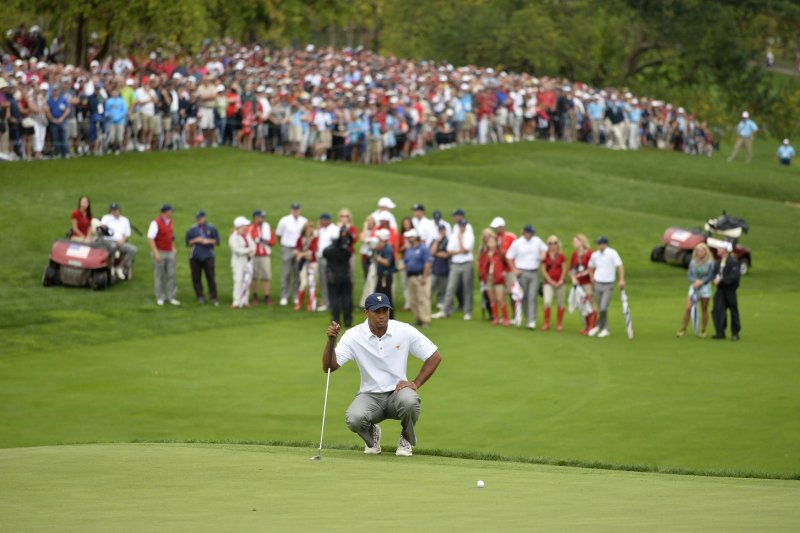 Muirfield Village Golf Club in Dublin, Ohio, can allow up to 8,000 fans for the Memorial Tournament July 13 to 19 in Dublin, Ohio. File Photo by Brian Kersey/UPI | License Photo

June 8 (UPI) -- The Memorial Tournament will hold a lottery to determine which fans are allowed to attend the 2020 tournament from July 16 to 19 in Dublin, Ohio.

An email obtained by ESPN detailed the specifics of the ticket distribution for the tournament held at Muirfield Village Golf Club. Ohio Gov. Mike DeWine cleared the way for fans to attend the tournament Friday when he loosened restrictions, which in two weeks will allow a limited number of spectators at the Jack Nicklaus-hosted tournament.

The Memorial is now on track to be the first tournament of the PGA Tour's resumed to season to allow fans. Those who purchased weekly tickets for the 2020 tournament can transfer the tickets to the 2021 tournament; donate their money to a Nationwide Children's Hospital; request a refund; or enter the lottery to attend the 2020 tournament.

A maximum of 8,000 spectators will be allowed on the course at one time, according to a document from tournament organizers obtained by the Columbus Dispatch. Face masks will be required upon entry at the course. Each hole will include designated areas for a predetermined amount of spectators to sit or stand. On-course temperature checks will also be performed.

"The Memorial is looking forward to becoming an example of how public gathering events can be developed and implemented with approved and accepted protocols in place,'' the tournament said in a news release.

The Memorial Tournament typically has a maximum capacity of about 40,000 spectators.

"The news announced by Ohio Gov. Mike DeWine is a very positive step for the PGA Tour and the Memorial Tournament presented by Nationwide as it relates to a phased approach in re-introducing a limited number of on-site fans and guests," the PGA Tour said.

"We very much look forward to the return of spectators on a limited basis at the Memorial Tournament, July 13-19."

The PGA Tour has been suspended since March 12 due to the coronavirus pandemic. The season resumes Thursday with the Charles Schwab Challenge at Colonial Country Club in Fort Worth, Texas. 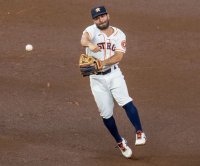 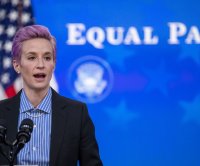 Soccer // 7 hours ago
U.S. women's soccer team appeals court ruling on equal pay
April 14 (UPI) -- The United States Women's National Team on Wednesday appealed a ruling by a California federal judge rejecting their claims that they are not paid equally to their male counterparts.

MLB // 15 hours ago
Dodgers' Trevor Bauer allows one hit, strikes out nine in win vs. Rockies
April 14 (UPI) -- Reigning Cy Young Award winner Trevor Bauer was nearly flawless, as he allowed just one hit and had nine strikeouts in seven scoreless innings in a Los Angeles Dodgers shutout of the Colorado Rockies at Dodger Stadium.

MLB // 16 hours ago
Goldschmidt, Arenado, Carpenter homer in Cardinals blowout of Nationals
April 14 (UPI) -- Paul Goldschmidt, Nolan Arenado and Matt Carpenter provided the power with a trio of home runs to lead the St. Louis Cardinals to a 14-3 thrashing of the Washington Nationals.