May 26 (UPI) -- Tiger Woods and Peyton Manning's clash against Tom Brady and Phil Mickelson in The Match: Champions for Charity was the most-watched golf telecast in cable TV history.

Turner Sports said Monday that Sunday's event averaged 5.8 million viewers. The matchup, which raised $20 million for COVID-19 relief efforts, aired on TNT, TBS, truTV and HLN. No fans were allowed to attend the event, which was held at Medalist Golf Club in Hobe Sound, Fla.

Manning and Woods beat Mickelson and Brady 1-up in the rain-soaked affair. Manning and Brady frequently exchanged trash talk, in reference to their days as NFL rivals. The playful jabs, as well as Brady's early struggles, sparked interest on social media.

Peak viewership for the event was 6.3 million from 5:45 p.m. to 6 p.m. EDT Sunday. Turner also said the event was the top program of the day across all of TV, based on metered market delivery. The event was also the top trend on Twitter and held four of the top five trending spots throughout the day.

The PGA Tour season will resume with the Charles Schwab Challenge from June 11 to 14 at Colonial Country Club in Fort Worth, Texas. 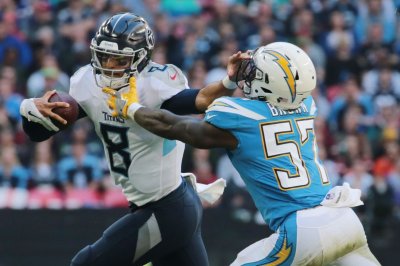