"I would like to thank God for giving me the ability to play the game that I love," Martin said in a statement. "I am so thankful for the constant support, especially from my family who has always encouraged me to pursue my goals. I also want to thank my teammates, coach [Bobby] Hurley, and the entire coaching staff for trusting me and allowing me to be myself on and off the court.

"Starting from a young age, I have worked towards the opportunity to play in the NBA and I have now decided to take another step into making my dream a reality. I will forever cherish the time I have spent at ASU."

Martin averaged a team-best 19.1 points to go with 4.1 assists and 3.1 rebounds in the 2019-20 season. He helped put the Sun Devils on the cusp of a third consecutive NCAA tournament appearance before the men's and women's March Madness events were cancelled due to the coronavirus pandemic.

I support Remy as he pursues his dreams! pic.twitter.com/jso9QtaXrA— Bobby Hurley (@BobbyHurley11) March 30, 2020

Martin, listed at 6-foot and 170 pounds, averaged 13.8 points, four assists and 3.1 rebounds per game across three seasons at Arizona State. 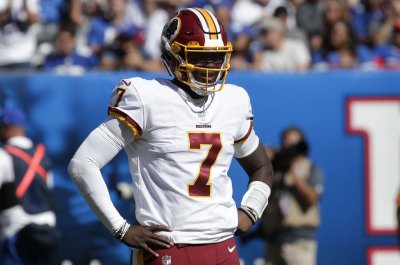