The Sun Devils announced the hires Tuesday. Lewis and Pierce will take over for former defensive coordinator Tony White, who left the Sun Devils to take the same job at Syracuse.

"Marvin Lewis is someone that I have come to trust wholeheartedly during my career and his coaching acumen will prove to be invaluable as we continue to push this program forward," Sun Devils coach Herm Edwards said in a news release.

"He has coached at the highest level of football and spearheaded some elite defenses in the process. That kind of experience cannot be measured and his passion for teaching will extend beyond the student-athletes, but also to our coaching staff itself."

Lewis joined the Sun Devils as a special advisor last year, following a 25-year coaching tenure in the NFL. He was the Sun Devils' interim defensive backs coach for the 2019 Tony the Tiger Sun Bowl.

"Antonio Pierce has established himself as one of the elite recruiters in the nation and is one of the brightest up-and-coming coaches around," Edwards said. "His impact with the linebackers and with the Sun Devil program in just two seasons has been tangible and he has been a pivotal part in our defensive success since his arrival in Tempe."

The Sun Devils went 8-5 last season, finishing in third place in the Pac-12's Conference's South division. They allowed the fifth-fewest points and third-fewest rushing yards in the Pac-12 in 2019. The Sun Devils also led the conference with 15 fumble recoveries and 28 turnovers forced. 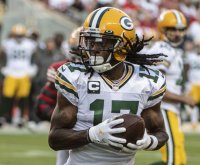 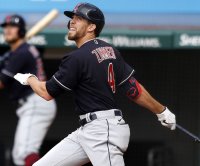 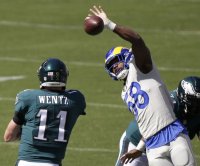