World No. 6 Tiger Woods (L) and No. 4 Justin Thomas (R) will be the first pairing to tee off for the Americans at the 2019 Presidents Cup Thursday in Melbourne, Australia. Photo by John Angelillo/UPI | License Photo

Dec. 11 (UPI) -- United States captain Tiger Woods picked himself to play alongside Justin Thomas against an International Team duo of Marc Leishman and Joaquin Niemann to tee off at the 2019 Presidents Cup.

The foursome will tee off at 5:32 p.m. EST Wednesday (9:32 a.m. Thursday local time) at Royal Melbourne Country Club in Melbourne, Australia. The four-day tournament begins with four-ball format, meaning each member of each two-man team plays his own ball. Each team counts the lowest of their players' two scores on each hole. The team with the lowest score wins the hole. If the low scores are tied, the whole is halved in points.

The other first round matches include: Americans Patrick Cantlay and Xander Schauffele against Adam Hadwin and Sung-jai Im; Americans Dustin Johnson and Gary Woodland against Abraham Ancer and Louis Oosthuizen; Americans Webb Simpson and Patrick Reed against Hideki Matsuyama and C.T. Pan; and Americans Bryson DeChambeau and Tony Finau against Adam Scott and Ben An.

Cantlay and Schauffele tee off at 5:47 p.m. EST Wednesday, after Woods and Thomas. DeChambeau and Finau follow at 6:02 p.m. Simpson and Reed tee off at 6:17 p.m. Johnson and Woodland tee off against Ancer and Oosthuizen at 6:32 p.m. 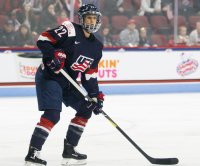 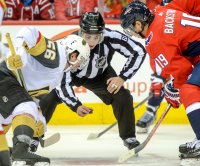 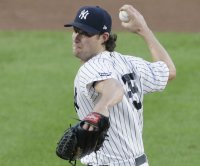