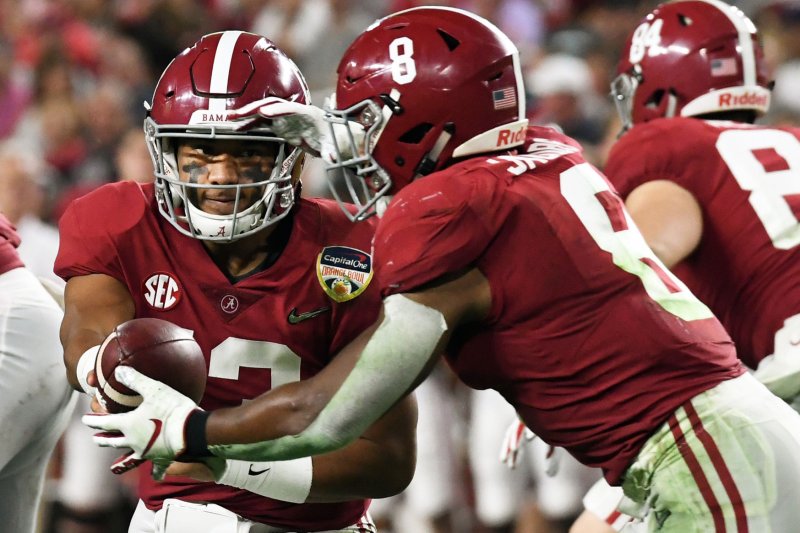 "Tua underwent successful surgery on his right hip Monday morning in Houston," Cain said. "The procedure went as planned, and he is resting comfortably. Tua's prognosis is excellent, and we expect him to make a full recovery. He will return to Tuscaloosa in the next several days to begin his rehab."

League sources told ESPN that Tagovailoa will be on a partial weight-bearing recovery plan for the next six weeks and will rehab each day in Tuscaloosa. He is expected to begin athletic activity in three months and could start to throw by the spring.

Tagovailoa, a projected top-10 pick in next year's NFL Draft, dislocated his hip in the Crimson Tide's 38-7 victory over Mississippi State on Saturday. League sources told ESPN and The Athletic that Tagovailoa also sustained a posterior wall fracture, ending his 2019 season and possibly his collegiate career.

The 2018 Heisman Trophy finalist was injured with three minutes left before halftime in Saturday's matchup against the Bulldogs. With Alabama leading Mississippi State 35-7, Tagovailoa was tackled by two defenders while scrambling to his left on a third-down play.

Tagovailoa, who also sustained a broken nose and a concussion, couldn't apply pressure on his right leg when he was helped up by the training staff. According to ESPN, he was carted off the field and eventually airlifted to Birmingham for CAT scans and MRIs.

It marked the second surgery this season for Tagovailoa. He also had a procedure done on his right ankle Oct. 20, one day after he was hurt in the Crimson Tide's win over Tennessee.

Sports News // 4 hours ago
Scabbard favored in Kentucky Derby prep in weekend horse racing
Jan. 17 (UPI) -- Scabbard is the favorite in the weekend's Kentucky Derby prep,; Dubai continues to produce thrilling finishes and Hong Kong's Horse of the Year needs a good run to get to Dubai.