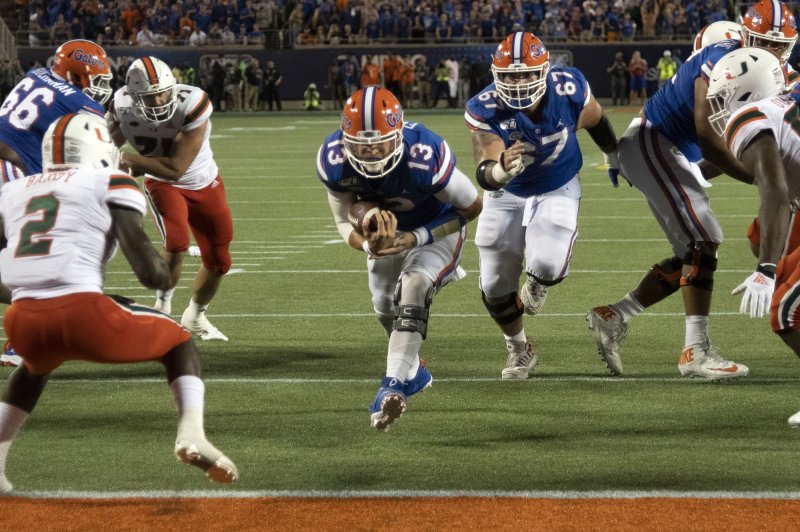 Sept. 15 (UPI) -- Florida Gators starting quarterback Feleipe Franks is expected to miss the remainder of the season after suffering a significant ankle injury.

"They feel pretty certain that there was a break with the dislocation and he'll be done for the season," Mullen said. "I went out there, and I was with him, you know, told him we all love him, we're there for him, and he'll be all right.

The Gators quarterback was injured when he scrambled for a first down in the third quarter. He was tackled from behind and rolled backward. He was carted off the field after the play.

Junior quarterback Kyle Trask, who completed his first four passes and finished the drive by pitching the ball to Lamical Perine for an 8-yard touchdown, replaced Franks in the lineup. Trask then ran in the go-ahead touchdown with under five minutes left in the fourth quarter.

"Kyle was waiting for his moment," Mullen said. "The team believes in him and we believe he's a starter just like Feleipe is. ... There was never a doubt he could do the job."

Florida will host the Tennessee Volunteers on Saturday.