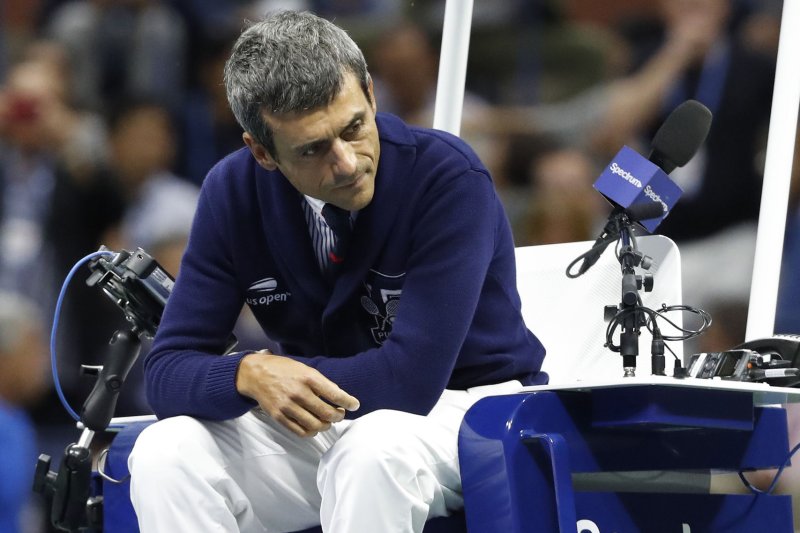 Chair umpire Carlos Ramos will not work any of the matches for Serena Williams or Venus Williams at the 2019 U.S. Open. File Photo by John Angelillo/UPI | License Photo

Aug. 21 (UPI) -- Carlos Ramos, the chair umpire who was involved in a heated exchange with Serena Williams at the 2018 U.S. Open final, will not work any of the Williams sisters' matches at the 2019 U.S. Open.

A United States Tennis Association spokesman confirmed the move Wednesday. He would not comment on whether either of the Williams sisters or Ramos requested the move.

Williams unraveled after being assessed multiple violations in the second set. The 23-time Grand Slam champion was given a warning for coaching after Ramos spotted coach Patrick Mouratoglou communicating with her. The tennis superstar then approached Ramos to deny being coached or cheating.

She went on to win the next point before she committed consecutive double faults. Williams then smashed her racket on the court and was given a code violation warning for the outburst, resulting in a point penalty. Williams later approached Ramos and demanded an apology. She told Ramos it was wrong for him to "attack" her character. Williams also called Ramos a thief and a liar.

Williams refused to shake Ramos' hand after the match. She embraced Osaka. Williams began seeing a therapist after the loss to Osaka. She also apologized to Osaka and was fined $17,000 for the outburst.

"We don't need to go there," United States Tennis Association chief executive for professional tennis Stacey Allaster told the New York Times. "There are more than 900 matches here over the three weeks, and there are lots of matches for Carlos to do."

"The umpiring fraternity is thoroughly disturbed at being abandoned by the WTA," retired umpire Richard Ings told ESPN. "They are all fearful that they could be the next Ramos. They feel that no one has their back when they have to make unpopular calls."

The International Tennis Federation backed Ramos, calling him "one of the most experienced and respected umpires in tennis." The federation also said Ramos' decisions were in accordance with the relevant rules and reaffirmed by the U.S. Open's decision to fine Williams.

Williams, 37, is looking to tie Margaret Court for the all-time record of 24 Grand Slam titles. The 2017 Australian Open champion has appeared in back-to-back Wimbledon finals, with her last loss coming in July to Simona Halep.

Williams is ranked No. 8 in the world, while Osaka holds the No. 1 spot. Williams withdrew from the Western & Southern Open last week in Cincinnati due to back pain. 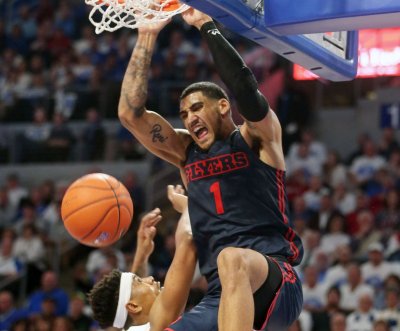