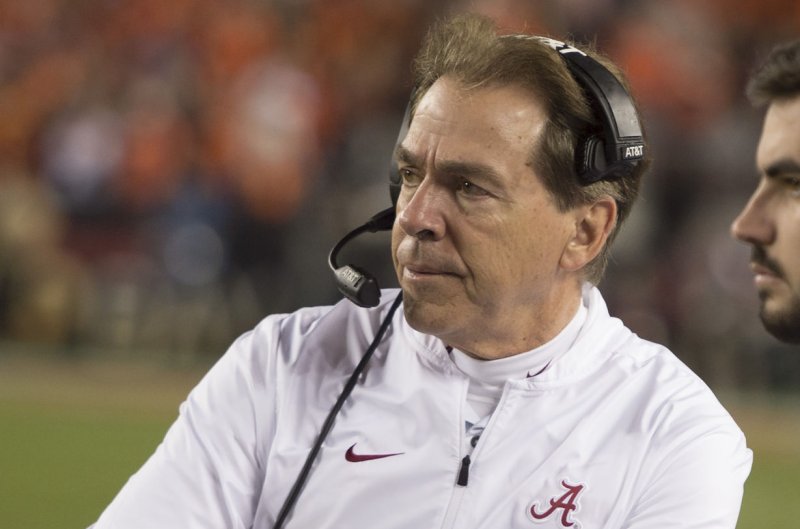 Saban, in response to questions about text messages released by Ohio State between former Buckeyes head coach Urban Meyer and Smith, told reporters Saturday that he interviewed Smith in early 2018 but never offered him a job.

"I really never did offer this guy a job," Saban said. "We did interview him, and he did a nice job in the interview, but when we did the background check, we decided that there was a better opportunity to hire somebody else, and that's what we did."

The texts between Meyer and Smith were part of more than 2,000 pages of documents released Friday by the university. The messages were connected to the school's investigation regarding allegations of domestic violence made by Smith's now ex-wife, Courtney Smith.

Ohio State suspended Meyer for three games during the 2018 season over his handling of the allegations, while Zach Smith was fired by Meyer. The former Buckeyes head coach retired after last season and is currently serving as an analyst on FOX Sports.

One significant conversation between Meyer and Zach Smith came in January 2018. Meyer told him that they "got u thru the [expletive]" and that he wanted the assistant coach to remain on his staff with the Buckeyes. According to the text messages, Zach Smith said he was offered a position as Alabama's wide receivers and passing game coordinator.

"I have personally invested far too much in u to get u in position to take next step," Meyer wrote. "U need to step away from other situation and let's go win it all... again."

Saban said that Zach Smith likely used his interview with Alabama as "leverage" with Meyer and Ohio State.