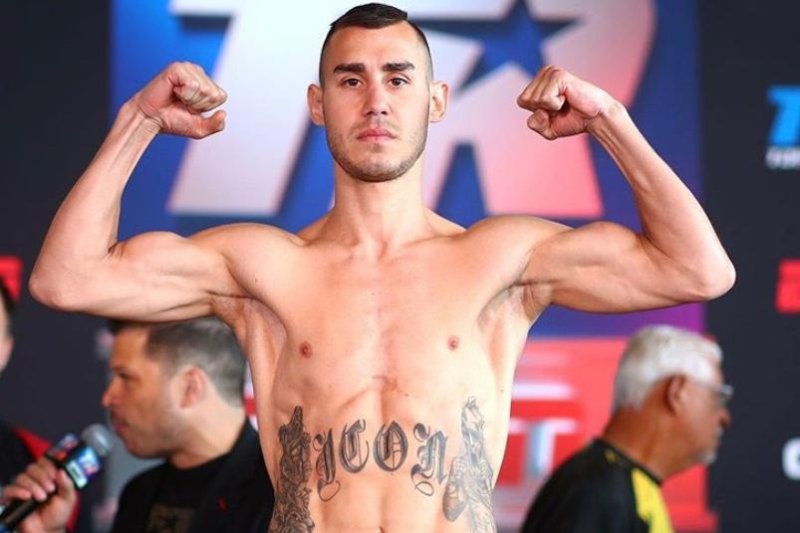 Russian boxer Maxim Dadashev suffered brain swelling in his 11-round loss to Subriel Matias on Friday night. Photo by dadashev__m/Instagram

July 20 (UPI) -- Russian boxer Maxim Dadashev was taken to a hospital for emergency brain surgery after losing a fight.

Dadashev suffered brain swelling in his 11-round loss to Subriel Matias on Friday night. He remains in the critical care unit at Maryland Prince George's Hospital Center after a two-hour surgery to bleeding of the brain.

"Right now, he's in critical condition, but the doctor told me that he's stable," Dadashev's strength and conditioning coach Donatas Janusevicius told ESPN. "We know that the bleeding has stopped. Also, the swelling has stopped.

"So some positive news, and we hope and pray for the best," Janusevicius added.

Janusevicius said he visited Dadashev on Saturday afternoon. Dadashev's wife is not expected to arrive in the United States until Tuesday, ESPN reported.

Dadashev, 28, entered Friday night's fight with a 13-0 record. His trainer threw in the towel before the 12th round began.

"I just hope that Maxim is all right," Matias told reporters. "He is a great fighter and a warrior."