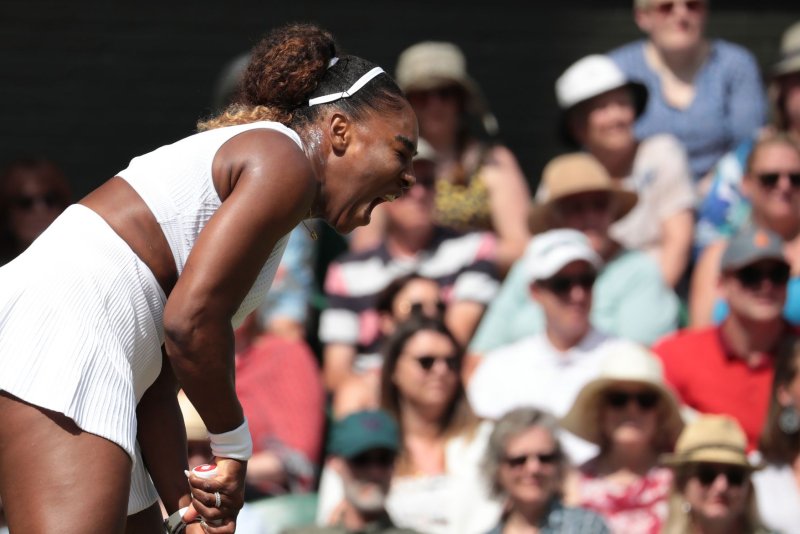 July 12 (UPI) -- Tennis superstar Serena Williams said Tiger Woods' win at the 2019 Masters is at the top of her mind as she tries to win a record-tying 24th Grand Slam title at Wimbledon Saturday in London.

Williams, 37, made the comments following her semifinal victory against Barbora Strycova Thursday at the All-England Club. She credited technology as the reason she is able to still compete at a high level.

"That's the only reason I'm able to compete," Williams said. "I feel like if we had this technology 20 years ago, maybe Michael Jordan would still be playing basketball. I just feel like we know so much more about our bodies.

"Things I do differently now than when I first was on tour, it's lengthening my career. It's not just me, it's Roger [Federer], Tom Brady, Peyton [Manning] played forever. There are so many athletes now that are able to do better and play longer, even play some of their best way after they are 30."

Woods, 43, won his 15th major championship and fifth Masters title in April at Augusta National Golf Club in Augusta, Ga. He edged Xander Schauffele (25), Brooks Koepka (29) and Dustin Johnson (35) by one stroke to pick up the green jacket.

"Tiger obviously, what he did at the Masters, was on top of my mind," Williams said. "Those athletes are incredibly inspiring. That's one thing that keeps me moving forward."

Woods and Williams are close friends. Williams tweeted in April that she was "in tears" while watching Woods win the Masters. Woods has also attended many of Williams' matches.

Woods used Williams for perspective after his tough loss at the 2018 U.S. Open. Williams lost in straight sets to Angelique Kerber in the 2018 Wimbledon final. The crushing loss denied Williams of the record-tying Grand Slam title she'll fight for Saturday.

"I'm sure she'll probably call me and talk to me about it," Woods told reporters. "She just had a baby and lost Wimbledon finals. I just have to keep it in perspective."

Williams won 15 of her 23 Grand Slams between Woods' 14th and 15th major championships. She battles Simona Halep in the 2019 Wimbledon final at 9 a.m. EDT Saturday in London.

NBA // 3 hours ago
Deandre Ayton leads Suns over Warriors for 17th straight win
Dec. 1 (UPI) -- Deandre Ayton totaled a game-high 24 points and 11 rebounds to lead the Phoenix Suns to a win over the Golden State Warriors and extend the team's franchise-record win streak to 17 consecutive games.