June 18 (UPI) -- The 2019 FIFA Women's World Cup has been loaded with spectacular scores, but UPI broke down the best of the best with the top finishes from the first two rounds of the group stage in France.

United States Women's National Team star Alex Morgan leads the tournament with five goals after netting all of her scores in her squad's 13-0 opener against Thailand. Two of Morgan's finishes ranked inside our Top 10.

South African forward Thembi Kgatlana provided one of the prettiest goals scored so far in the Women's World Cup with a perfectly placed rip in a 3-1 Group B loss to Spain. The striker took pass from midfielder Linda Mothalo in the 25th minute of the match. She did a quick dribble to her right while above the box. Kgatlana then drew first blood by lofting a 20-yard shot into the far-post netting, over Spain's leaping goalkeeper Sandra Panos.

There were a lot of goals to pick from when it came to finding the best scores for the USWNT in its World Cup opener. Alex Morgan had one of the best. Morgan showed off her world-class ball-handling and finishing ability in the 74th minute of the 13-0 win against Thailand. Morgan received a pass in the box from Christen Press on the play. She watched the ball come in while surrounded by two defenders.

Morgan rolled the ball with her left leg, putting it behind her back. She turned very quickly and used her next touch to blast a shot into the far-post netting, fooling multiple defenders and the Thailand goalkeeper.

French star Amandine Henry saved the best score for last in France's 4-0 win over South Korea in Group 1. The World Cup opener featured three first half goals from France. The squads played a more even second half before Henry ripped an 85th minute golazo.

Henry received a ball from Eugenie Le Sommer during the sequence. She dribbled to top of the box then struck a shot toward the far post. The ball drifted and landed in the right side of the net, over South Korea's diving goalkeeper.

Alex Morgan's fifth score against Thailand was also a thing of beauty. That time, the USWNT star got control of the ball outside of the box in the 87th minute. The USWNT led 11-0 at the time, but Morgan wanted more.

The USWNT striker watched the ball deflect off of a Thailand defender before tapping it over another defender. Morgan chased down the ball and sprinted to her left. She used her next touch to rip a left-footed half-volley into the near-post netting at a very narrow angle.

Brazilian striker Cristiane has four goals so far at the World Cup. She netted a hat trick in the team's 3-0 win against Jamaica in Group C. She saved her best score for last in Brazil's group stage opener. Cristiane lined up for a free kick from about 20 yards out during the sequence. She ran up to her spot and struck the ball with her left foot, sending it off of the bottom of the crossbar and into the net, past Jamaican keeper Sydney Schneider in the 64th minute.

Japanese striker Mana Iwabuchi had one of the prettiest goals of the second round in the group stage. She found the net for first blood in the 23rd minute of Japan's 2-1 Group D win against Scotland. Midfielder Jun Endo nutmegged a defender at the top of the box to spark the scoring sequence.

The ball rolled over to Iwabuchi from about 20 yards out. The Japan star took a soft touch before blasting a shot toward Scotland goalkeeper Lee Alexander. The ball continued to rise as it neared the keeper and ended up sailing over her head, giving Japan an early edge.

Sweden striker Kosovare Asslani had another beautiful goal in the second round of Group F. Asslani's goal came in the 19th minute of Sweden's 5-1 win against Thailand. She showed off some slick ball skills during the sequence. Sweden's Lina Hurtig headed the first attempt on net, but the strike was denied by Thailand keeper Waraporn Boonsing. The ball bounced a few feet from the goal, finding the boots of Asslani.

The Sweden star used her first touch to keep the ball from going out of bounds. She used another quick touch to get around a defender, before using her final touch for a left-footed finish into the near-post netting.

Cristiana Girelli might have been the star of Italy's 5-0 win against Jamaica due to scoring a hat trick, but Aurora Galli probably had the pretties finish in the Group C win.

Galli's 71st minute score in the second-round victory was assisted by Lisa Boattin. Boattin found Galli running free at the top of the box during the sequence. Galli tapped the ball forward with her first touch before sending a laser toward the far post. Jamaican keeper Sydney Schneider went off of her feet for a full extension dive on the play, but was only able to get a fingertip on the ball as it went into the top of the net. Galli added another score in the 81st minute of the lopsided affair.

Sweden substitute Madelen Janogy had another great score in a 2-0 win against Chile in Group F. The sensational strike came in stoppage time. It was her first career World Cup score.

Janogy took a very short pass from Kosovare Asslani near midfield at the start of the sequence. She turned with the ball and dribbled up the field, outpacing several defenders before she reached the box. Janogy split two defenders with a left-footed touch, before using that same foot to rip an upper-90 finish into the near-post netting.

Netherlands forward Vivianne Miedema had one of the best finishes in the second round of the group stage. She also drew first blood in the Netherlands' 3-1 Group E win against Cameroon. Cameroon equalized for a 1-1 score at halftime. Dominique Bloodworth scored the go-ahead goal for the Netherlands in the 48th minute, before Miedema's beautiful finish.

Lineth Beerensteyn juked out a defender with a quick dribble before poking a pass toward the left corner flag, leading Miedema toward the box in the 85th minute. Miedema used a beautiful first touch to spring forward before finding herself in the box and surrounded by three defenders. But the Netherlands striker didn't panic. Miedema put the ball on her right foot and blasted a shot into the near-post netting, beating Cameroon keeper Annette Ngo Ndom at a very narrow angle. 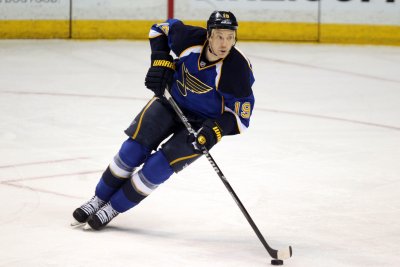