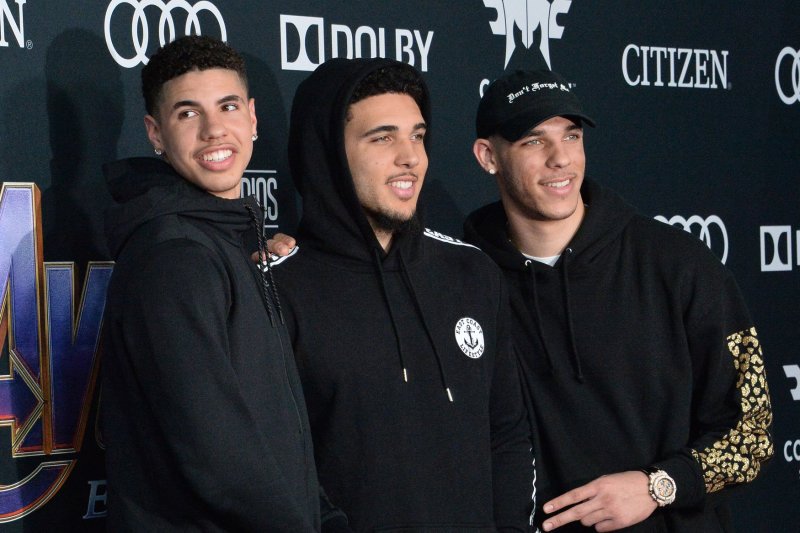 June 17 (UPI) -- LaMelo Ball will play for the Illawarra Hawks of the Australian National Basketball League next season, the guard announced Monday.

Ball, a 17-year-old point guard, played for a year in Lithuania in 2018, making it unlikely that he could play in college due to NCAA eligibility rules.

"My agents did a ton of research on the options I had to play this coming season, and Australia really made sense for me," Ball told ESPN. "They have a really strong league, with excellent coaches and great players, including former and future NBA players, and great strength and conditioning programs.

The Australian NBL is a nine-team league that begins play in early October and concludes in late March. Ball reached a two-year deal with NBA out clauses, according to ESPN.

Ball will join highly-touted prospect RJ Hampton in the NBL. Hampton signed with the NBL's New Zealand Breakers in late May. The adding of both players was a product of the NBL's Next Stars program, which has started to lure elite prospects away from college basketball and the NBA's G League.

"I had already decided to play in the NBL prior to RJ's decision. I just hadn't yet narrowed down the team," Ball said. "But having RJ there only adds to the excitement. I think it will be a good experience for both of us to be there at the same time and to be able to play against one another."

Ball, listed at 6-foot-6, averaged 6.5 points and 2.4 assists in 13 minutes per game across eight contests in the Lithuanian first division.

Soccer // 5 hours ago
World Cup soccer: Brazil dominates first half to blow by South Korea 4-1
Dec. 5 (UPI) -- Brazil netted four first-half goals to down South Korea 4-1 in a World Cup Round of 16 match Monday at Qatar's Stadium 974 in Ras Abu Aboud to advance to the World Cup quarterfinals.

Soccer // 9 hours ago
World Cup soccer: Croatia edges Japan via penalty kicks, advances to quarterfinals
Dec. 5 (UPI) -- Goalie Dominik Livakovic made three key saves in a penalty kick shootout and Mario Pasalic netted the game-winner to lead Croatia to a victory over Japan in a World Cup Round of 16 match Monday in Al Wakrah, Qatar.

Sports News // 18 hours ago
Regal Glory, Mind Control wind up careers with G1 wins in weekend horse racing
Dec. 5 (UPI) -- Mind Control and Regal Glory, a continent apart, headed into retirement with Grade I victories in weekend racing while a new name emerged on the "Road to the Kentucky Derby" leaderboard.

Soccer // 1 day ago
England beats Senegal to advance to World Cup quarterfinals
Dec. 4 (UPI) -- England was patient early before pushing the pedal down in a 3-0 shutout against Senegal in the Qatar World Cup round of 16 on Sunday.
Advertisement