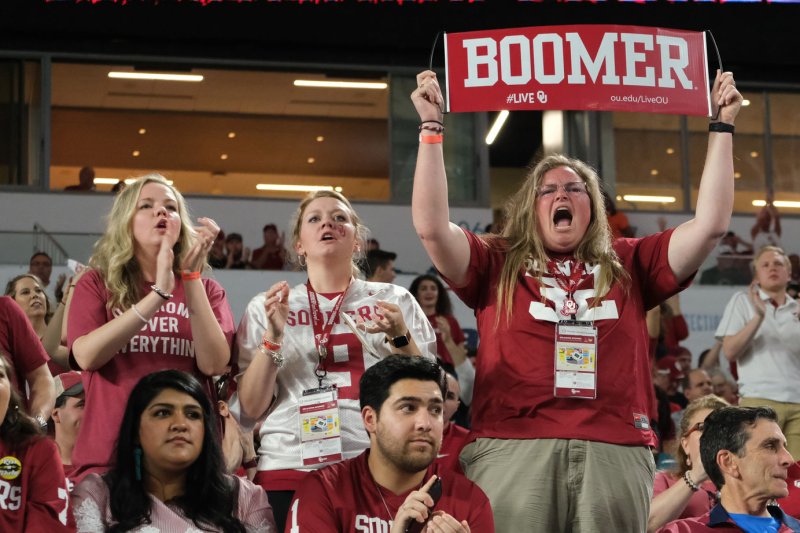 Oklahoma fans cheer on their team before the 2018 Orange Bowl. Sooners fans will be able to purchase alcohol at football games this fall. File Photo by Gary I Rothstein/UPI | License Photo

May 10 (UPI) -- The Oklahoma Sooners are expected to join the growing list of college football programs that sell alcohol at football games.

The University of Oklahoma Board of Regents officially passed a recommendation for the sales and advertising of alcoholic beverages at all Sooners athletic events, according to the Tulsa World.

The OU Board of Regents just passed a recommendation to authorize the continued sale and advertising of alcoholic beverages at athletic events and facilities.#Sooners— Eric Bailey (@EricBaileyTW) May 10, 2019

Oklahoma experimented with alcohol sales during basketball games last season. Fans were paying $8 for a 16-ounce can and $8.50 for a 20-ounce draft.

The Tulsa World said similar prices are expected at Sooners games this fall.

Oklahoma begins its season Sept. 1 when the Sooners host Houston at Memorial Stadium.