May 7 (UPI) -- The Boston Bruins had a masterful performance from goaltender Tuukka Rask, defeating the Columbus Blue Jackets 3-0 in Game 6 to reach the NHL Eastern Conference finals.

Rask recorded 39 saves and had his sixth career playoff shutout as the Bruins clinched their second-round series, 4-2, Monday night.

"He was definitely our most consistent player throughout the whole series," Bruins head coach Bruce Cassidy said of Rask. "We had guys give us good performances from game to game, but he was there every night. He certainly deserves whatever accolades come to him. Proud of him."

Rask, who joined Gerry Cheevers and Tim Thomas, became the third goalie in Bruins history to record two series-clinching shutouts in his career, according to the NHL. Rask is tied for second in franchise history with his six shutouts in the playoffs, trailing only Cheevers' eight.

David Krejci scored in the first period, and Marcus Johansson and David Backes added goals in the third period for the Bruins.

Boston advances to play the Carolina Hurricanes, who swept the New York Islanders in the second round. The Bruins advanced to the Eastern Conference finals for the first time since the 2012-13 season, which ended with a 4-2 series loss to the Chicago Blackhawks in the Stanley Cup Final. 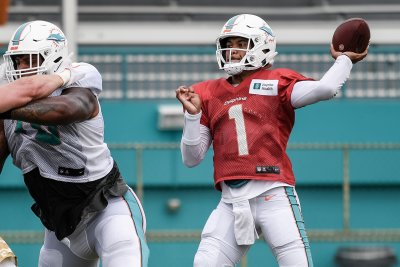