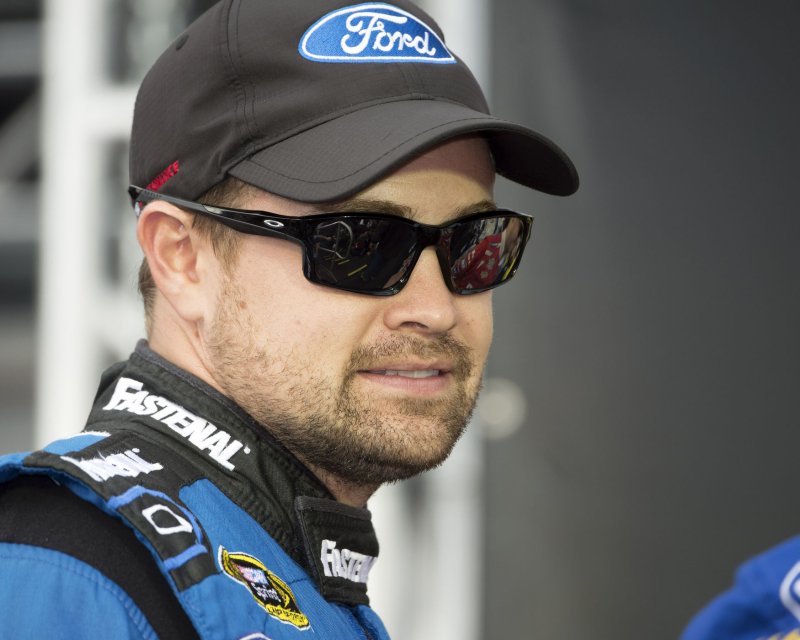 In the NASCAR Playoffs, there's often more than one winner in a race.

There will be races within the race as drivers fight for the final points spot to transfer to the Round of 12. Ricky Stenhouse Jr. currently holds the last points berth. He's 12th on the Playoff Grid and has the same amount of points as Austin Dillon. He holds the tiebreaker over Dillon right now because his Round of 16 high finish of 15th beats Dillon's high finish of 16th. Ryan Newman -- currently 14th on the Playoff Grid -- sits only one point behind Stenhouse and Dillon.

"We have fought back and are currently in the final transfer spot to move on," Stenhouse said. "We need to make sure we have a mistake free weekend and execute on pit-road. I think if we can do that then we have a great shot at moving on to the next round."

In his last four races at Dover, Stenhouse has placed 39th, 11th, 14th and eighth. In comparison Dillon has finished 13th, eighth, 33rd and 23rd, while Newman has posted showings of fourth, 17th, 16th and 19th.

"I'm really looking forward to Dover this weekend," Stenhouse said. "We had a strong car there earlier this year but blew a right front tire, which ultimately ended our day."

He left the Playoff opener at Kentucky fifth on the Playoff Grid following an 18th-place showing. Still, Byron sits 25 points ahead of Brendan Gaughan for the final advancement spot to the Round of 8.

Byron will attempt to pad his points total in Saturday's Use Your Melon, Drive Sober 200 at Dover International Speedway (2:45 p.m. ET on NBCSN), where he was the highest-finishing Xfinity regular (sixth) in its June race.

"I am ready to get to Dover," Byron said. "We got the Dash 4 Cash win there last time and I can't wait to see what we can do this time around. I know our team is ready to rebound from last week and have a solid weekend for the second playoff race."

--If the NASCAR Camping World Truck Series Playoffs were beginning its Round of 6 this weekend, Chase Briscoe wouldn't advance.

Luckily for Briscoe, he has two races to change that -- Saturday's Las Vegas 350 at Las Vegas Motor Speedway (8 p.m. ET on FS1) and the fred's 250 powered by Coca-Cola at Talladega Superspeedway on Oct. 14.

Following his 11th-place finish at New Hampshire last weekend, Briscoe sits a manageable three points behind Kaz Grala for the final transfer spot to the Round of 6.

"I feel like we are taking even better trucks this year than the team brought last year when they earned the 1-2 finish," said Briscoe, who drives the No. 29 Ford for Brad Keselowski Racing. "It's really important to go there and get the win to take away a lot of stress for Talladega."

Saturday's race will mark Bricoe's first start at Las Vegas, but it will be his seventh start at a 1.5-mile race track this season. He has two second-place finishes at 1.5-mile courses this season -- Texas and Chicagoland.

"Last week wasn't how we wanted to kick off our playoffs, but all eight of us are so close in points that I have no doubt that we'll be able to overcome it and get above the cut after Vegas," Briscoe said. "We just can't make any mistakes and we can't struggle like we did last week."

What To Watch For: The four lowest winless drivers in points will be dropped from the Monster Energy NASCAR Cup Series Playoffs after Sunday's race at Dover. ... Jimmie Johnson attempts to add to his series-best 11 Dover wins as he chases his eighth championship. ... Martin Truex Jr. tries to defend his 2016 Playoff victory at the Monster Mile. ... Kurt Busch and Kasey Kahne, 17 and 21 points below the cutoff line, respectively, for advancement to the Monster Energy NASCAR Cup Series Playoffs Round of 16, can still advance on points, but likely need a win at Dover to advance in the postseason.

Race: Use Your Melon. Drive Sober 200

What To Watch For: Saturday's race marks the second event of the 2017 NASCAR Xfinity Series Playoffs. ... NASCAR Next alumnus Cole Custer tries to follow-up his fifth-place finish at Kentucky with another strong showing at Dover. ... The last two NASCAR Xfinity Series champions won at Dover on their way to the title -- Chris Buescher (2015) and Daniel Suarez (2016).

What To Watch For: The NASCAR Camping World Truck Series heads to Las Vegas for the second race of its Playoffs after Christopher Bell won the postseason opener at New Hampshire. ... Brad Keselowski Racing finished 1-2 in Sin City last season and looks to do the same this year with drivers Austin Cindric and Chase Briscoe. ... John Hunter Nemechek attempts to rebound from a 20th-place finish at New Hampshire due to a rear gear failure. ... There have been 18 different winners in 20 NASCAR Camping World Truck Series races at Las Vegas. ... Eleven-time X-Games champion Travis Pastrana will make his first NASCAR start in two years for Niece Motorsports.