By
Corey Long, The Sports Xchange 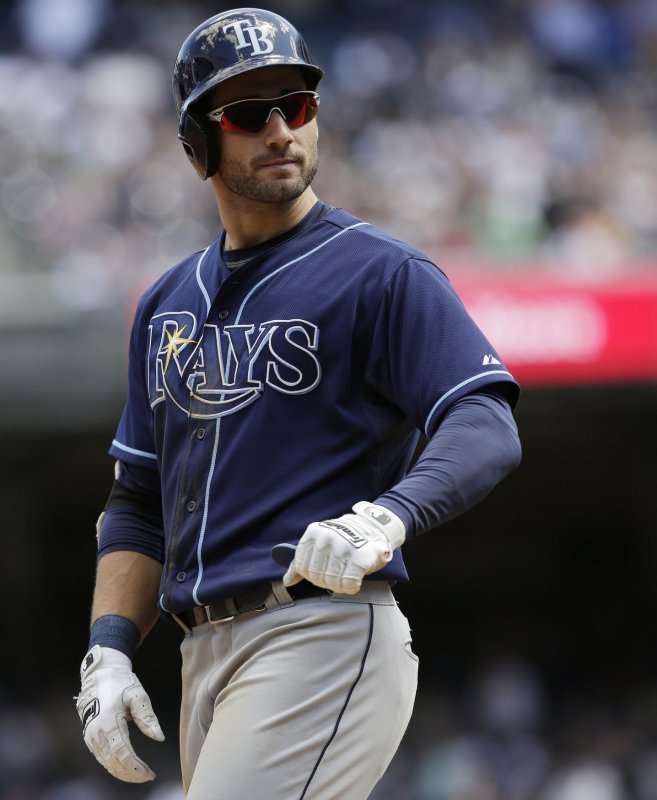 The Rays (63-66) closed out their six-game home stand by winning three of the final four games. Toronto (60-67) has lost five of its last six games.

Despite the low score the game was not a pitcher's duel as Rays' starter Alex Cobb didn't get out of the fifth inning thanks in part to a high-pitch count. Cobb gave up four hits and struck out five but threw 94 pitches (53 strikes) in 4 1/3 innings.

Blue Jays starter Tom Koehler did make it through five innings and took the loss (1-6), giving up four hits and the long run while striking out seven.

Tampa Bay took a 1-0 lead when it loaded the bases against Koehler in the second inning and Dickerson scored on a sacrifice fly by Daniel Robertson.

Dickerson made it 2-0 in the eighth inning with a solo home run to straight-away center field off Blue Jays reliever Danny Barnes.

Toronto's best opportunity to score came in the top of the fifth when Miguel Montero and Ryan Goins got on base with no outs. Darwin Barney failed to bunt them over and instead grounded into a fielder's choice that got Montero out at third.

Then Kiermaier robbed Steve Pearce of a two-run extra base hit with an amazing running, diving catch in the right-center gap.

The next batter, Josh Donaldson, appeared to hit a two-run double down the left-field line but the Rays challenged the call and it was determined that the ball did not clip the chalk. Later in the at-bat Donaldson hit a bloop to short center field and Kiermaier made another diving catch.

Steve Cishek (2-0) recorded the final two outs of the fifth and Alex Colome pitched the ninth for his major league-leading 38th save.

NOTES: Blue Jays RHP Tom Koehler hit Rays 2B Brad Miller with a 94 mph fastball between the shoulder blades. Miller, however, jogged to first base and stayed in the game until the fifth inning when he left with a right shoulder contusion). ... Blue Jays manager John Gibbons confirmed that RHP Marco Estrada is pitching Saturday against the Twins. ... Gibbons also said RHP Aaron Sanchez is throwing again after having problems with blisters on his finger.