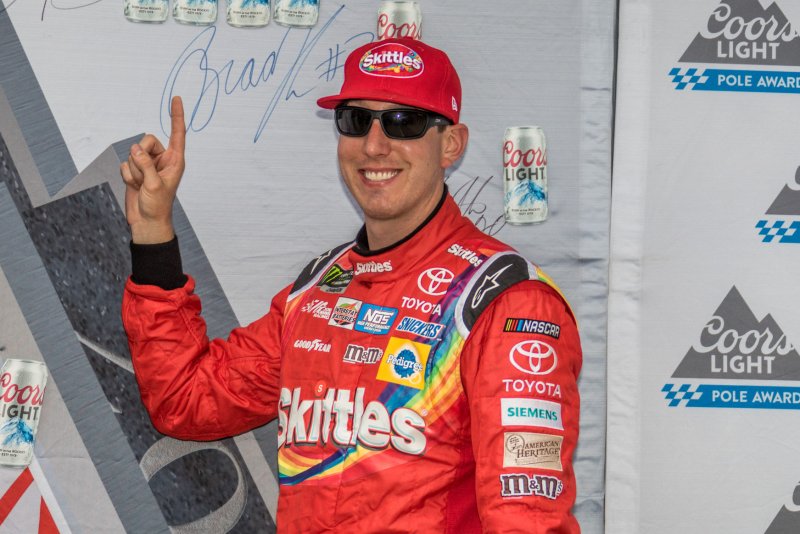 Kyle Busch celebrates after winning the Pole for the 2017 Brickyard 400, at the Indianapolis Motor Speedway on July 22, 2017 in Indianapolis, Indiana. File photo by Edwin Locke/UPI | License Photo

LONG POND, Pa. -- Kyle Busch claimed his first NASCAR Cup Series win of 2017 and broke a winless streak that lasted just over a year with his victory in the Overton's 400 at Pocono Raceway on Sunday. The win was the 100th in the Cup Series for Toyota.

"It's been a frustrating year, and this certainly relieves a little bit of that," Busch said. "I wouldn't say all of it. Adam (Stevens, crew chief) and these guys did an awesome job today. I can't say enough about this M&Ms Caramel Camry. Toyota, this is their 100th Monster Energy Cup Series win. I can't say enough about all of our partners and everyone on this team. All these guys, the pit crew, they do a great job each and every week.

"We had to rely on them on that final stop so we didn't lose too much time to those guys, because we had so much distance that we were letting them have on us with those fresher tires that they had. It's been a frustrating year, but an awesome day today."

"A strategy day for sure," Keselowski said. "Our car was OK. I thought we had the best strategy out there; we just needed a little bit more speed."

Truex and Hamlin were the top two in the running order before the final cycle of green-flag pit stops got underway with about 37 laps remaining in the 160-lap race. Busch, though, stayed out several laps longer than his fellow front-runners, waiting until lap 135 to make his final stop. Busch was third in the running order after his pit stop, and with 10-lap newer tires than the top two (Hamlin and Harvick), he took the lead with 15 laps to go.

"Kyle had the class of the field all weekend. His car was really, really fast. He got the pole. Got the win. Pretty much just charged through the field. We definitely have a little bit of work to do. I feel like we got closer and closer. I feel like we raced around all the Toyotas all day. Just proud of everyone on the Mobil 1 Ford."

The third stage -- the final 60 laps of the race -- ran caution-free. After starting the race on the front row, Busch and Truex ran first and second until pitting early in a cycle of green-flag stops. Truex gave up second to pit on lap 20, and Busch headed for pit road a lap later.

Matt Kenseth, having pitted late during a caution that came out for an eight-car wreck in turn three of the opening lap, stretched his fuel mileage to 39 laps and waited until lap 46 to make his first green-flag stop. Busch and Truex, though, got by Kenseth to retake the first and second positions before Kenseth pitted. Kenseth was one of the drivers involved in the lap-one incident but sustained only minor damage. The No. 43 Richard Petty Motorsports Ford of Aric Almirola, though, sustained enough damage to retire from the race.

"I have no idea (what happened)," Almirola said. "Our Smithfield Ford Fusion was really good to start off there. I had passed about seven cars the first two corners. I was making a lot of progress and then we got to turn three and everybody just stacked up. I saw some smoke. I saw some cars stopped. I got piled in from behind and just drove into the accident. I haven't seen a replay and have no idea what caused the wreck. Sort of a bummer not to even make a whole lap. Not our day."

Busch won the opening stage that ended at lap 50, with Truex in second. But having pitted just a few laps earlier, Kenseth stayed out to begin stage two with the lead. Harvick was first off pit road to restart next to Kenseth on the front row. Busch and Truex restarted in row two.

Busch retook the lead just a few laps after the restart. About halfway through the second 50-lap stage, Busch's car got sideways, and he fell outside the top five. Clint Bowyer claimed his first stage win of the season by winning stage two at Pocono as a result of the front-runners pitting with three laps remaining in the stage.

"It was a big pit strategy day for sure and you know that going into a race like this," Bowyer said. "Our car was good all weekend. We unloaded a fast car. This is the best car that we've unloaded in quite some time. A little bit different build. Hopefully, this is what we're looking for, what I'm looking for, and build on this."

Hamlin pitted on lap 59 during a caution for a wreck between Hendrick Motorsports teammates Jimmie Johnson and Kasey Kahne. He then stayed out when most of his competition pitted during a caution that came as a result of Kyle Larson losing part of his driveshaft on lap 70. Hamlin took the lead when the race restarted, but Truex passed Hamlin for the lead on lap 90.

NOTES: The two front-row starters at Pocono Raceway, Kyle Busch and Martin Truex Jr., wrecked together while racing for the lead on a restart a week earlier in the Brickyard 400 at Indianapolis Motor Speedway. After the wreck, there was an altercation on pit road between two members of Truex's team and Busch's crew chief, Adam Stevens. Joe Gibbs Racing suspended the two members of Truex's team for three races, beginning with the Overton's 400. JGR was able to suspend the members of the FRR pit crew, because they are employees, as JGR supplies the pit crew to Furniture Row. ... Kyle Busch's Pocono pole was his second-straight. ... Qualifying and the race were on the same day at Pocono. It was the first time in over 40 years the Cup Series has competed under that type of schedule, although qualifying and racing on the same day are the norm for the NASCAR Xfinity and Camping World Truck Series. The Cup Series will compete under a similar schedule two more times this season. ... Busch led half of the 60-lap Overton's 150 NASCAR Camping World Truck Series race at Pocono on Saturday, but failed to finish after crashing in the second half of the race. 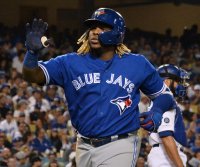 MLB // 8 hours ago
Blue Jays to migrate from Florida to New York for home games
May 5 (UPI) -- The Toronto Blue Jays, who started the 2021 MLB season with home games in Dunedin, Fla., will move their temporary home to Sahlen Field in Buffalo, N.Y., on June 1, the team announced Wednesday.

MLB // 11 hours ago
Braves' Ronald Acuna Jr. hits 407-foot, league-high 10th homer vs. Nationals
May 5 (UPI) -- Ronald Acuna Jr. sparked the Atlanta Braves to a 6-1 win over the Washington Nationals with his league-leading 10th home run of the season. 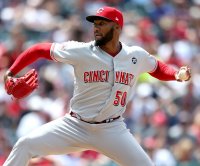 MLB // 12 hours ago
MLB suspends Reds' Amir Garrett for 'inciting' Cubs incident
May 5 (UPI) -- Cincinnati Reds pitcher Amir Garrett received a seven-game suspension and was fined for "inciting a benches-clearing incident" in a game against the Chicago Cubs, MLB said. 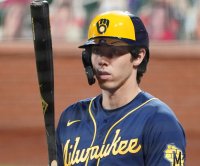