PITTSBURGH -- The biggest story of the Pittsburgh Steelers offseason had some closure -- for this year, at least -- when star running back Le'Veon Bell declined a long-term contract and decided to play the 2017 season on the $12.12 million franchise tag.

The next decision for Bell is whether he reports to training camp and be with his teammates during the preseason. Until he signs his franchise tender -- he had not by Wednesday morning (July 17) -- he is under no obligation to participate in training camp.

The risk, of course, is Bell is out $12.12 million if he sustains an injury while training on his own. Bell will have $12.12 million guaranteed when he signs the tender.

For instance, if the Steelers did not use the tag on him again next year and he hit free agency, his earning power would be much diminished if he suffers another major injury. Bell would just be cutting down on the risk by not showing up to camp for a while.

RELATED O.J. Simpson up for parole after serving 9 years of robbery sentence

Whatever Bell decides, the issue theoretically shouldn't be a hindrance to the team this season. Once Bell reports he'll be a professional and do his job to the best of his ability. It's in his best interests to do that.

Even with Bell on the books for $12.12 million this year, the Steelers have $15.5 million in salary cap space to sign other veterans. The Steelers want to extend defensive end Stephon Tuitt, who is entering the final year of his rookie contract. They've also expressed an interest in signing left tackle Alejandro Villanueva to a long-term deal.

It would be far from ideal for the star running back and the left tackle to be no-shows for training camp, but it's not like either player has much choice. They have to report before the regular season begins unless they want to forfeit paychecks.

Even with potential distractions looming, the Steelers should enter the season as strong contenders in the AFC. Bell will be joined by receivers Antonio Brown and Martavis Bryant to form a dynamic trio for quarterback Ben Roethlisberger.

The offense should be among the best in the NFL. The big question for the Steelers as they get set to enter training camp is whether the defense will be up to the task.

--Test the rookie. Figure out if rookie T.J. Watt is ready, and if he is, let him get his feet wet as the starter at right outside linebacker. The Steelers played veteran James Harrison fewer than 50 percent of the snaps for the first half of the season and then turned him loose in the second half and the playoffs. If Watt is ready to start, it doesn't mean he has to play the majority of the snaps. It just means the Steelers can see what they have while not taxing the 39-year old Harrison early in the season. At the midway point, or later, the coaches can figure out if they want to ride one as the full-time starter or split time.

--Get Cam Sutton ready. The Steelers desperately need a cornerback capable of playing in man coverage. They used a third-round pick on Sutton, and they need to get him as many snaps as possible to figure out if he can eventually supplant Will Gay at slot corner or Ross Cockrell at outside corner. Sutton might not earn a starting job in camp, but the Steelers can figure out if he will be an option later in the season by getting him plenty of exposure this summer.

--Sort out receiver rotation. The Steelers' deepest position group is at receiver, where they have eight or nine players vying for five or six spots on the 53-man roster. Antonio Brown, Martavis Bryant, JuJu Smith-Schuster and Eli Rogers will make the team, barring injury or suspension. That leaves likely two spots for the following players: Darrius Heyward-Bey, Sammie Coates, Justin Hunter, Demarcus Ayers and Cobi Hamilton. Coates, Heyward-Bey, Hamilton and Ayers were on the active roster at times last season and all four finished the season there. Hunter was brought in as a free agent.

Sports News // 12 hours ago
Masters golf: Hideki Matsuyama takes 4-stroke lead into final round
April 10 (UPI) -- Hideki Matsuyama went from sixth place to the outright leader of the 2021 Masters tournament with a 7-under par 65 in the third round Saturday at Augusta National Golf Club in Augusta, Ga. 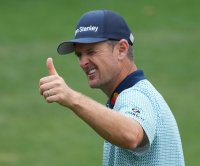 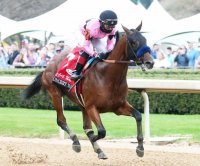