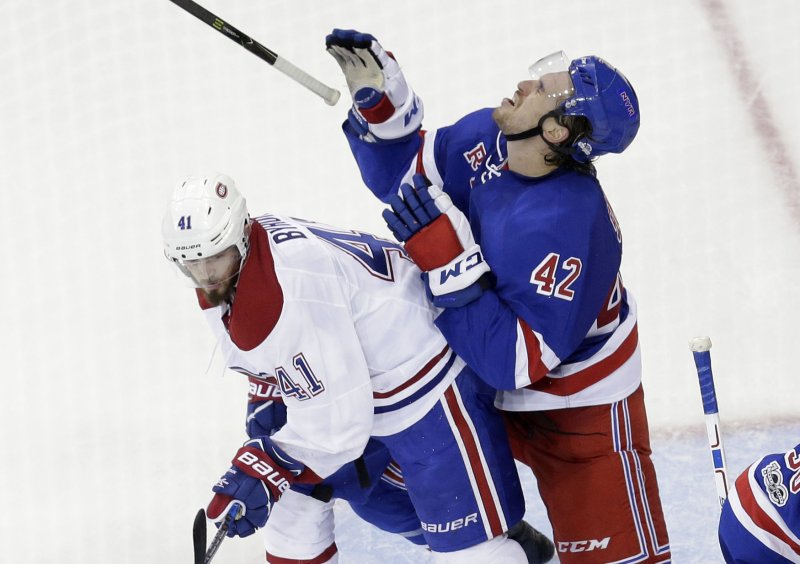 Terms of the deal were not disclosed by the Rangers, but multiple outlets reported that it was a four-year, $17.4 million contract.

Smith was slated to become an unrestricted free agent on July 1.

The 28-year-old Ontario native split last season between the Detroit Red Wings and Rangers, joining the latter after a trade on Feb. 28. New York sent along a third-round pick of the 2017 NHL draft and a second-round selection in the following year's draft to acquire Smith from Detroit.

Smith collected three goals, six assists and 63 penalty minutes in 51 games last season with the Red Wings and Rangers and averaged a career-best 19:14 of ice time.

Smith notched four assists in 12 playoff games for the Rangers while playing alongside rookie Brady Skjei.

Smith has recorded 16 goals, 55 assists and 310 penalty minutes in 309 career games with the Red Wings and Rangers since being selected by Detroit in the first round of the 2007 NHL draft.